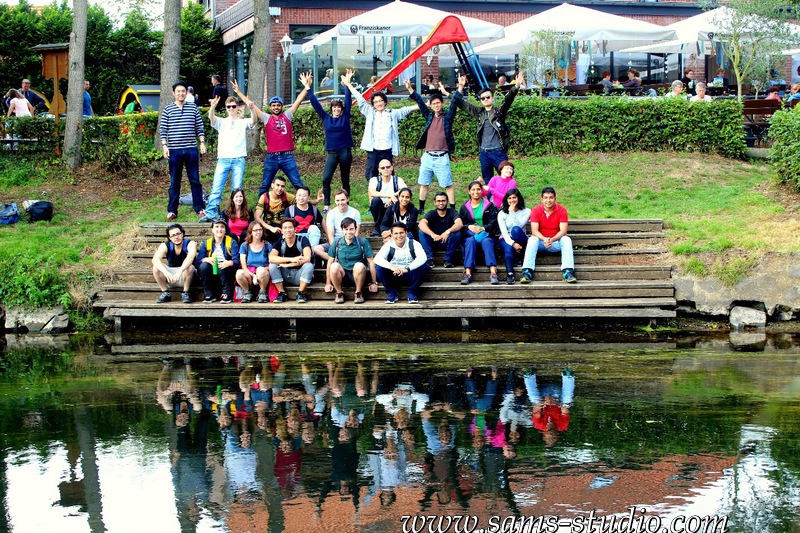 Last week, Joanne requested a hike near water. The weather forecast was predicting heavy rain for this weekend so I had to think carefully about it (because hiking in the rain near water could be complicated). In the end, I decided to ignore the weather forecast and chose a region that would a mess when it rains: near the Dutch border.

As always, the weather forecast started changing the prediction continuously, to see a brilliant weather in the best temperature (up to 21 °C).

Today’s hike, from Weeze to Goch, was a part of the Ways of St. James, which started to interest me since I hiked from Hamburg to Osnabrück recently, which was also a part of them. The problem is, it turned out that in contrast to well elaborated hiking paths, the Ways of St. James are not always very interesting for hikers, although it is maybe conceptionally wrong to expect them to be interesting hiking trails. Since what I saw between Hamburg and Osnabrück was always good, I did not really think about that, at least until I was informed (only some days ago) of the dangerous path next to Benrath. All I knew about today’s trail was that it would be horribly flat, which is already a huge negative point.

At the same time, I was still expecting a low number of participants this time, as people only started arriving in this region for the new school year. So I decided simply to take the risk of seeing a horrible path, thinking it’s still a good experience.

“Low number of participants” was relatively wrong this time, as we were already 25, up from 16 of last week. There was for example Perle who moved only three days ago from France and already decided to join us.

Today’s path was along the river Niers, which is famous for canoeing or kayaking. It had about the same depth and width all way long. It was not extremely clean but still it was comfortable to walk next to it. And I must say, despite my initial concerns, it turned out to be one of the most beautiful hiking trails we’ve seen so far, if not the most beautiful.

It was the first time that I saw Bhagyashree again since she replaced me for a hiking session when I was in vacation three weeks ago. I’m glad that she’s still excited about organizing other sessions in the future, even though the one she organized saw heavy rain. Fortunately, my business trip to Brazil is probably going to be canceled so I can organize hikes in the coming weeks myself (which doesn’t mean that I don’t encourage other people to organize their own hikes). This time, the subject was a little bit different, as she was actually thinking about an overnight hiking somewhere a bit far away from Düsseldorf/Cologne. In fact, I was thinking about the same thing for some time. So roughly the plan would be we hike on Saturday and stay in a hostel with 10 or 12 beds and on Sunday we continue hiking. This has to be reasonably nearby so that we can reach with a local train but enough far away that it makes sense that we stay overnight. So far, my suggestion would be somewhere near Koblenz, because it’s apparently a nice place to hike and there are some youth hostels there. Ideally it takes place in October so that it’s not overly cold, but we have to see whether we can find other people.

Finally this week, I bought a new picnic blanket, a bit smaller than the previous one but enough to have 4 or 5 people. So it was not so important for me anymore to look for a perfect place for a break and I didn’t check it out beforehand. It was only when we had done about a half of the entire trail that I started looking for a place. And I saw a restaurant on the other side of the river where there was no bridge, although there was a line that crossed the river which must have indicated some sort of crossing. As it turned out, it was a boat suspended by a rope, which had to be driven by a person on one of the riverbanks. As the restaurant on the other side looked very nice, we decided to cross the river using this. Unexpected fun part of the day.

The riverbank next to the restaurant was a perfect place to enjoy the lovely day of September. It was not very warm but nice to go into water. Not to mention that I also appreciated the coffee there.

When we were leaving the place, I was still paying attention to the train schedule to catch the right one to get back to Düsseldorf. However, for a couple of reasons we could not leave the place in time. We could have chosen a short cut, but the path along the Niers was actually so beautiful that I didn’t want to cross the city instead. When we arrived at Goch, we had missed the train by 15 minutes. So we decided to go to the city center to buy ice cream.

After a couple of weeks without beer after the hike, it was really nice to sit with the others for a while after the hike, as the weather was perfect and the place, the medieval city of Goch, was much more beautiful than I thought. At least I heard from quite some people that we were lucky that we missed the train.

Next week it’s going to be finally again near Wuppertal. Finally!! 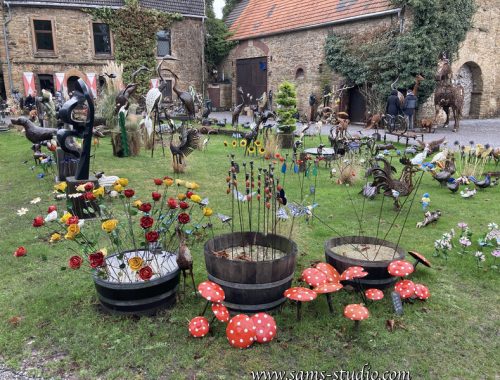 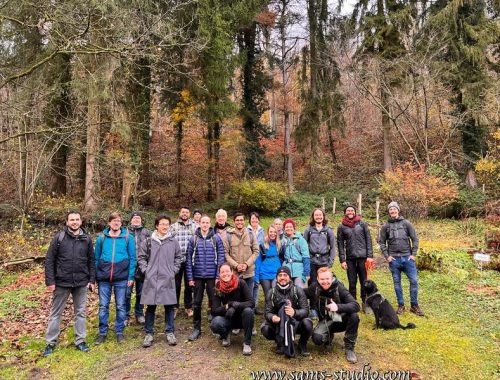 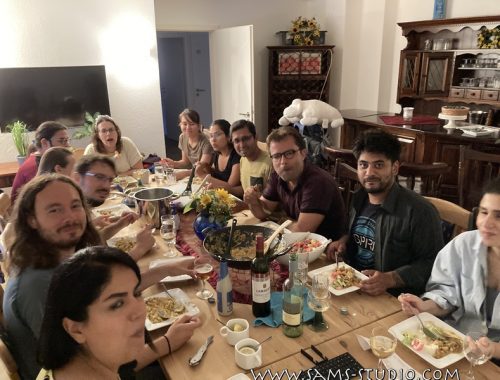