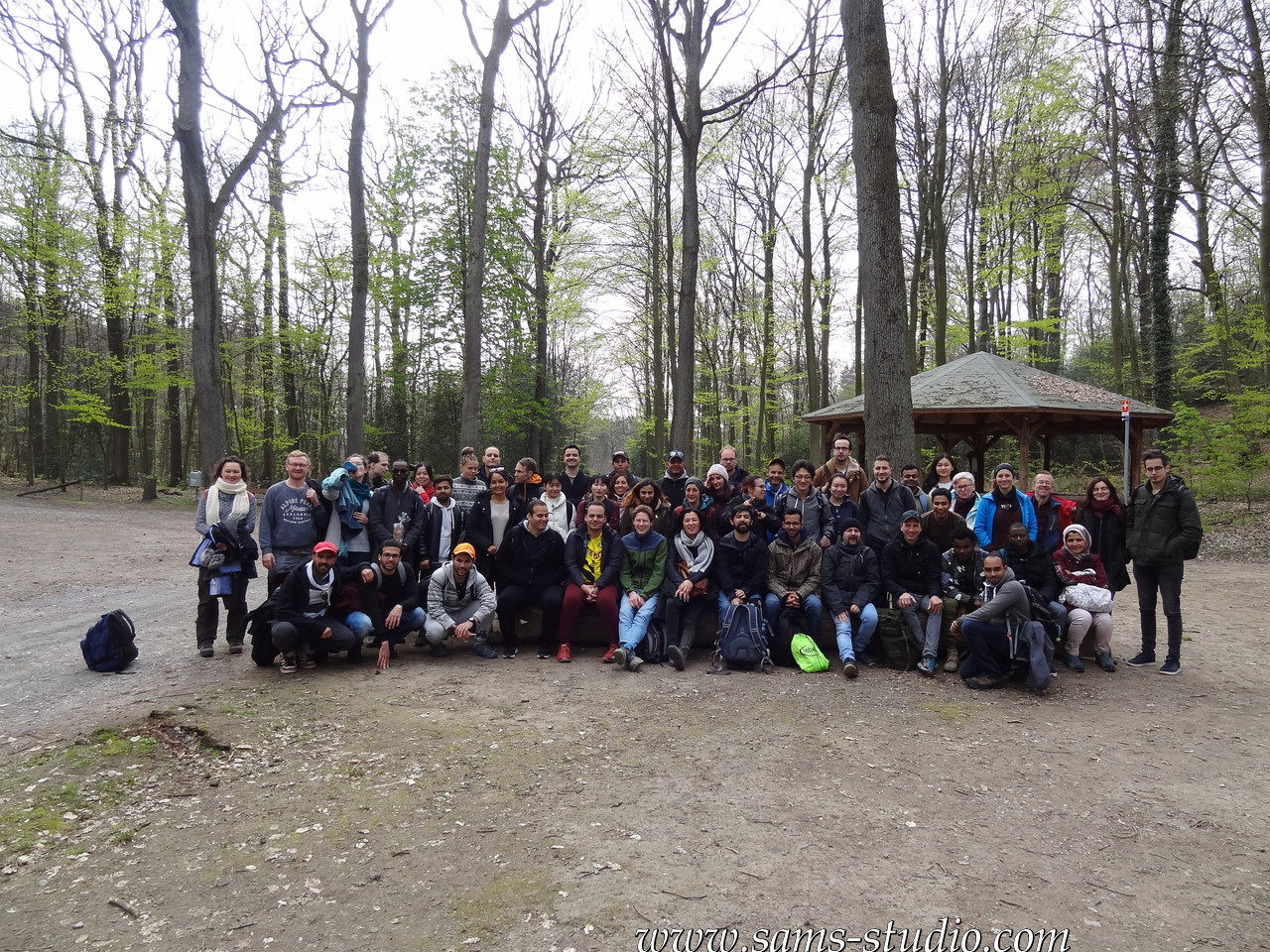 Despite the warm weather, it looked like it was still very much winter until last week. I was not really sure if it was related to the extreme drought of last year. But today, it looked already much better. And especially in the neighbourhood of Velbert, this is important, as you see mostly fields on various hills, where you can have a great view in every direction. But then just as everywhere in this area, there was a good mixture of forests and fields, with small hamlets on the way.

There’s quite some agriculture going on around the Velbert area. Every now and then we could see different animals. Like here, llamas, that looked like they didn’t care, although they were clearly feeling our presence there.

We had a break at the Italian restaurant Haus Niggemann. They were visibly overwhelmed by the number of people that arrived at the same time. Obviously, they couldn’t serve us very quickly, so that by the time we finished lunch more than one hour had passed. It was slightly too cold to stay outside without moving, so that those who stayed outside had almost started moving.

The second half was mostly forest, with a steep drop at the end. If you want a safe hike, you might be interested to change the part right before Velbert Nierenhof, although you don’t have to be overly sporty to go through it (at least all 50 something people arrived at Nierenhof safely). 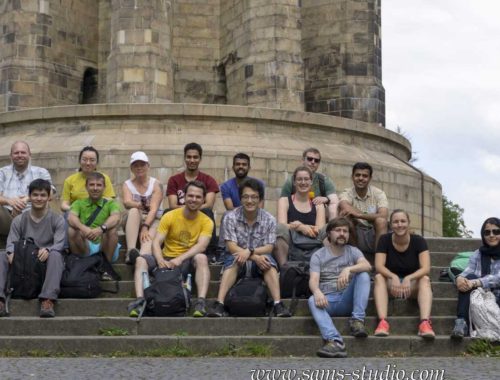 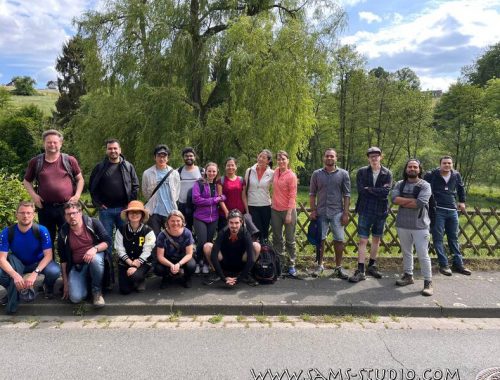 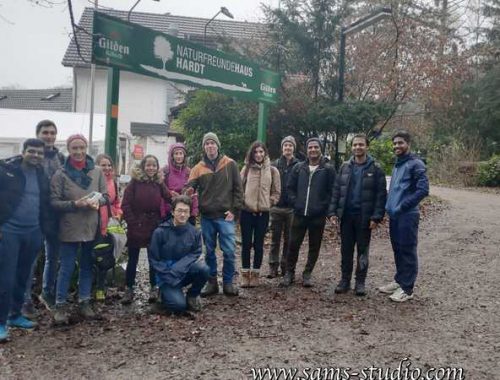 Hiking from Kippkausen to Bergisch Gladbach and Christmas market!