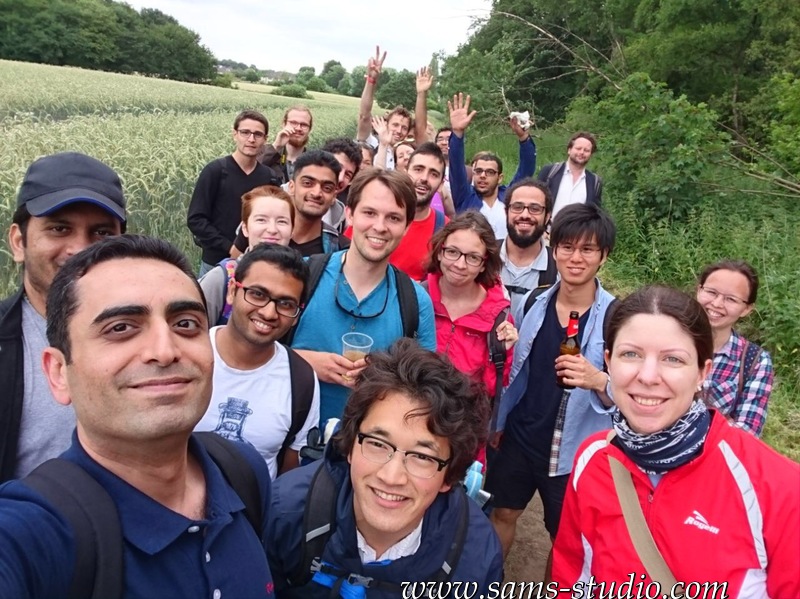 Climate change is what you feel extremely when you are in Germany.

Our institute, Max-Planck institute for iron research, was built a couple of decades ago. And according to the standard and the needs of that time, there is no air conditioning in most of the offices. It was not really a problem, until we now started to realize, that the temperature can go up to 35 °C these days.

That was what I was thinking about, when I organized a hike to Duisburg, which took place a couple of weeks ago (although I planned a different route this time). Fortunately or unfortunately, we saw an extreme fall after last Friday. And today, it went merely to 24 °C, a bit cloudy but generally fairly sunny. Until yesterday, it was fluctuating between stormy and sunny. So good that I was courageous enough to change the plan completely. The pressure of playing the right card in the right moment is something that makes difference in life. And I like it.

And this time it extremely made sense, because I decided to organize a hike from Solingen Vogelpark to Leichlingen, which is a region that is going to be closed down from July until the end of August. I heard that they are actually constructing a new railway station for Wuppertal. By the way, the area around a station is always a catastrophe in Germany (for some exceptions such as Cologne). If you come to Germany for tourism. Don’t be too disappointed at arrival.

The meeting time was 10:30 today. I arrived almost in time. By the way, I never arrive in time (I guess I talked about it recently). Actually not many people do. That’s also the reason why I put the meeting time well ahead of the train departure. Well, today it was somewhat different. I guess among the 30+ people who came with us, most of them arrived before me, even Alfredo, who is Spanish and usually does everything 2 hours later than foreseen. You can see Alfredo on the photo in a beautiful red T-shirt, which I guess would have been deadly if it was in Spain. Théo, who is also on the photo, is another blacklisted of delay. But he arrived in time, too.

This time it was again part of Neanderlandsteig. A risk-free one, since it was also near Wuppertal.

I find it extremely good that the Germans now come as well, especially because there was one session with no single German. But there’s something I noticed here: German girls almost never come twice. It is rather surprising because in France girls were much more active and came with us a lot. By the way, apparently the fact that there are generally more boys is due to the number of male engineers in this region. This region is a quite industrial region and there are obviously still more boys in this domain.

By the way, we were not having many Muslims in the last sessions, because it was the period of Ramadan, and since the sun is there for maybe 16 hours a day right now in Germany, many of them don’t dare to go hiking, well maybe except for Sajjad, who came consistently every time and still refused to eat and drink. Yesterday was the last day and if I understand well, today is the Eid al-fitr and therefore they still didn’t come. Well let’s see what’s gonna happen next week.

Last week, only what we wanted for the break was shadow. And it is not quite difficult to find in this region around Wuppertal. Today, it was other way around. And if you look for a place with a lot of sunlight, it’s not easy to find. Looking for a place to have a break is always quite a task. But so far we managed it pretty well.

And today was quite a success, too. We found a patch of lawn in front of a tennis club, which also offered ice cream, beer and rest rooms.

When I planned this hike, I was not sure whether to start from Vogelpark or Leichlingen. But in the end, I decided to start from Vogelpark, because I saw a bar right at the station. And I must say, it was a great idea. Even though Leichlingen itself was a very small village no one has ever heard of, the bar was probably as large as the largest bars in Düsseldorf. And of course, there was virtually no one there. I’m pretty sure that I’m going to organize another hike to Leichlingen in the near future just because there’s a great bar at the railway station 🙂

By the way, I found this cool website called outdooractive.com to plan hikings and so on. With this, I created a couple of trails for the future sessions, although I guess I’ll go there by bicycle once in advance to see if it’s really okay or not. But at least now I’m having so many possibilities that actually I don’t have to create new trails for more than one year even if we did the trip every weekend. Well, I’m looking forward to the future sessions and seeing new people at every one of them! 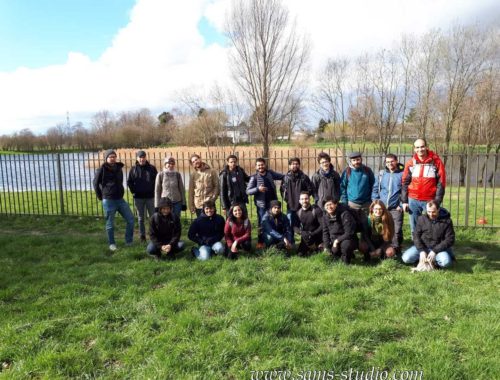 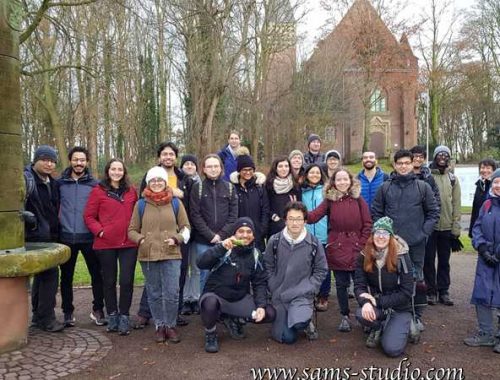 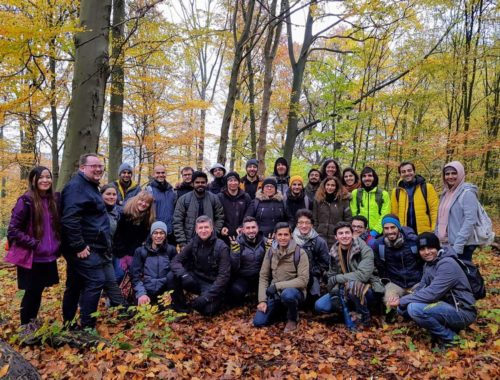