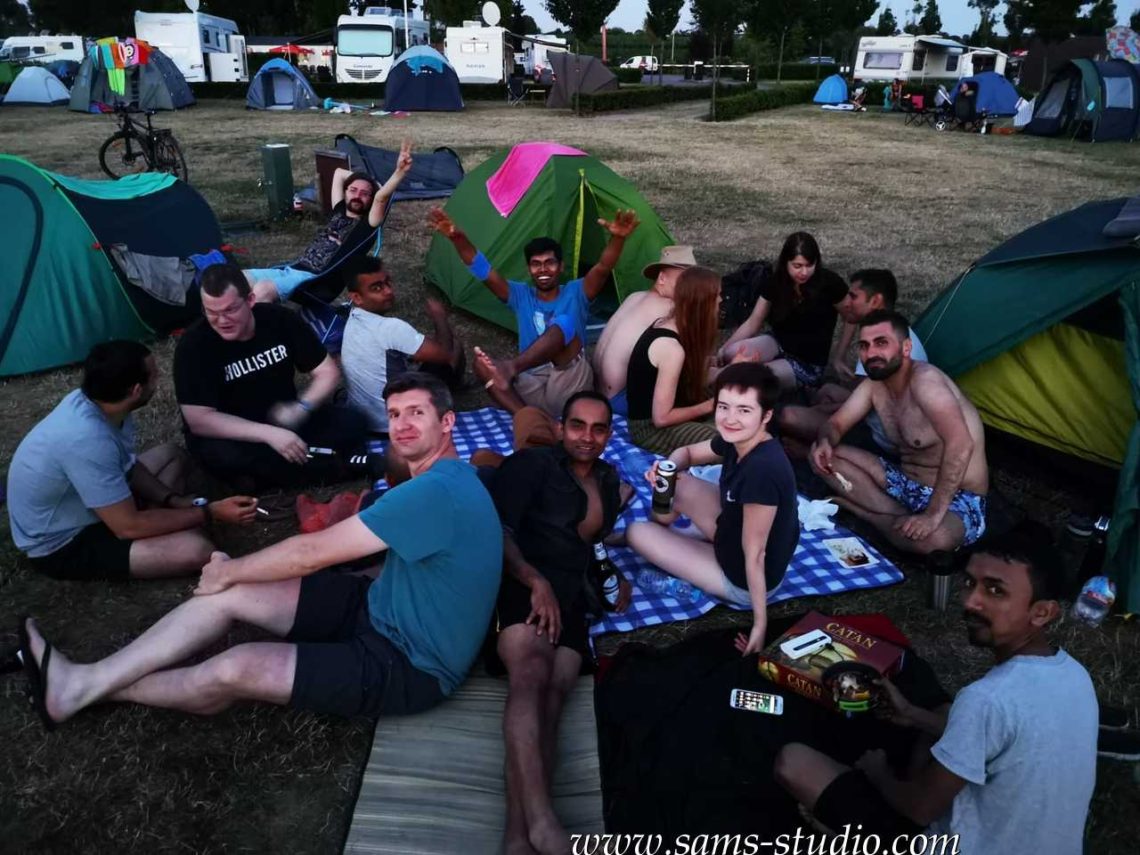 The idea of camping over the weekend came last year at some point, I don’t really remember anymore how it snuck up on us, but we did it twice, one at Haltern and another one at Effeld. Since both experiences were extremely positive, I was really looking forward to the summer. So just like last year, I put the very first camping event for the last weekend of June, in order to have done it before the beginning of the summer vacations for schoolchildren.

As I stated in numerous posts, it had been so far a rather deceiving year – until last week. Something kicked in last week and this week saw record temperatures everywhere in Europe. The heatwave persisted this weekend, which made it a perfect occasion for us at the campsite at Effeld, since this one offered also a beach at the lake which lies exactly on the border between Germany and the Netherlands.

However, regarding the organization, it wasn’t as perfect as the weather. In the two camping events last year, we always had a lot of cars, so that we didn’t really have to think about how to get food and drinks for the evening, i.e. for the BBQ. This time, we had exactly zero cars until the last moment, when Max told me he’d come by car. But then, we didn’t have a cooling box to store beer etc. Besides, it looked very much like we didn’t have enough tents. The Decathlon spree of last year was somewhat gone.

While the planning of riding bike from Mönchengladbach to the campsite in Effeld was going on, there was a significant number of people who decided to hike from Dalheim to the campsite, just like we did last year, which made me change the title of the event altogether, which in the end attracted more people (actually there were even more people coming on foot than by bike).

In order to make sure that we’d be able to transport all the bikes, I took an S-Bahn that left 20 min earlier than the planned RE to Mönchengladbach. It looked like I was the only one passenger leaving Düsseldorf in the first place. Well, transporting a bike can be sometimes really complicated, so I guess it was pretty good that I took these measures.

Mönchengladbach is a funny place. Everywhere is completely flat around this city, but not the city center. Right from the beginning we had to climb up a slope by bike in this heat. But it was definitely easier to cycle in Mönchengladbach than in Düsseldorf, even though it took quite some time to leave the civilization.

Even though there were slightly more people than last time (when we went from Düsseldorf to Moers), it was somehow easier to navigate through in this group today. There’s virtually no difference from last time, so I don’t know what we did right this time, but maybe we just simply got used to it more this time. In this sense, it’s maybe just a question of practice. And if there are enough people who got used to it, then cycling might become also quite comfortable.

Between Mönchengladbach and Effeld it almost doesn’t matter where you go, but we could actually follow the signs for bikeways. In contrast to the Ruhr area, most of these bikeways were fairly empty.

By the time we arrived at the campsite, we had already dissolved into small groups, though we all arrived within 15 min or so. Quite surprisingly, the hiking group arrived also more or less simultaneously. Then while waiting for Max to arrive by car, we went to the lake. It was certainly more crowded than last year, but compared to what it would have been like in the lakes around Düsseldorf, it was still amazingly empty. And we also kind of made it even emptier with the volleyball I had taken. I’m happy that none of the small children got injured… (and none of their parents started complaining).

While waiting for Max, others made me realize one important thing: grocery stores wouldn’t be open for so long. In Düsseldorf, it’s not so important to think about it in the first place, because many of the supermarkets are open until 10pm. Here in the country side, it’s more complicated. And fair enough, I found out that there was no grocery store nearby which was open anymore, so that my initial idea of going to a grocery store by bike with all the people was out of the table anyway.

As soon as Max arrived, we went to a nearby city (Wassenberg). Luckily, we had several possibilities there concerning the grocery stores. We simply took Lidl.

One really complicated thing about BBQ in this international mixture is this: different nationalities and religious backgrounds had different preferences. So for example, there were muslims who didn’t want pork, Indians who wanted only chicken and a few vegetarians. At the same time we had some hard core Germans who wanted to have a lot of meat and beer. Going there with Christina and Zaman was really a good idea, since we were representing the entire group fairly well this way.

By the time we went back to the campsite, the main gate was closed. We passed all the stuff over the gate. So great that we found out later that the guardian was standing near the entrance just watching us (but he opened the gate eventually).

Here’s the entire list of things we bought: 1.27 kg zucchini, 1.5 kg eggplant, 2 packs of cherry tomato, 6 peppers, potato salad, cabbage salad, 15 grill cheese (various tastes), 12 large sausages, a pack of small sausages, olive oil, BBQ sauce, salt, black pepper, peanuts, 600 g ciabatta, 2 bags of tortilla chips, 3 baguettes, 2 bags of chips, 8 small bread, kitchen paper, charcoal, 2 packs of chicken legs, 3 packs of shrimps, 2 packs of spear ribs, 1 pack of beef steaks (2 pieces) and 2 packs of (probably) pork steaks. All this for 26 people. And there were also some drinks, but the amount of drinks depends on largely on the participants. This time, we didn’t have to buy a lot, although it appears to me that this is the current trend anyway. It cost 4€50 for vegetarians and 5€ for non-vegetarians. Pretty okay, isn’t it?

This thing is, the BBQ was somewhat quieter than last year. Well, maybe the experience is not that fresh anymore, or maybe we grew simply older. Nothing crazy happened, and I wasn’t particularly drunk either.

At the end of the evening, we were all lying in the middle of all the tents, and apparently we all fell asleep there at some point.

Next day, we had a breakfast at the entrance area of the campsite (as they were selling bread and coffee). I was still eating the remaining of the BBQ. We estimated the amount of food pretty well, since we didn’t throw out food at all.

After splashing in the lake one more time, I headed back to Mönchengladbach. I was so exhausted that I just wanted to go back home, so I simply left everyone there.

This camping event this time was actually a little bit too much work for me. Let’s see if I’m gonna organise another one in the near future. 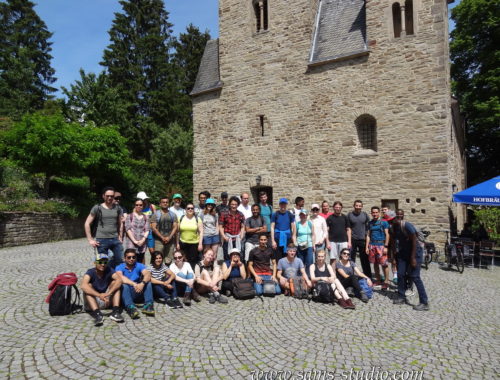 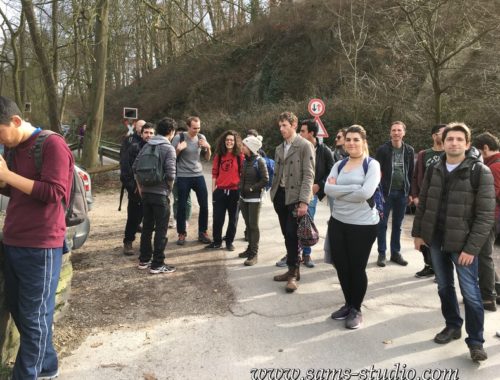