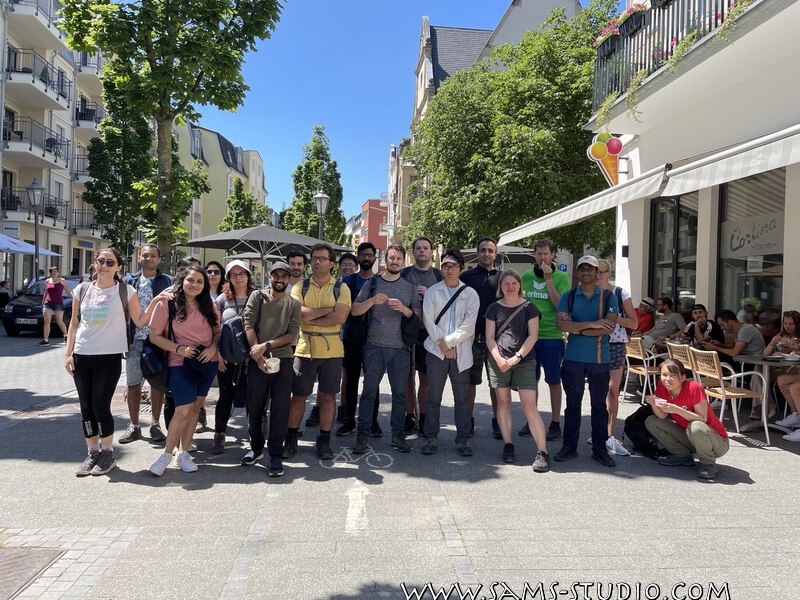 Yet another long weekend arrived. For personal reasons, I’m available only today, and since there was a friend of mine organizing a birthday party in Bonn, I organized a hike around Ahrweiler, which is a bit outside of NRW, although still within VRS. This extremely confuses everyone on a normal day. Today, fortunately, as we can travel everywhere with the 9-euro ticket, I didn’t explain this to anyone. That’s really fortunate.

And just like every weekend since the 9-euro ticket was introduced, the train was fairly crowded on the way from Düsseldorf to Bonn, but it was not quite as bad as last week. Let’s hope that it’s gonna stay like this. And from Bonn to Ahrweiler, it was nearly totally empty. Actually we were the main people occupying the train. I wonder what the other passengers were thinking when we left the train at Ahrweiler.

There’s this river, Ahr, that goes from Blankenheim to Sinzig and joins the Rhine. This is a very famous area for its vineyards (even though I wouldn’t recommend to buy wine from this area). So the landscape is gorgeous. It’s particularly an impressive area for those who come from countries where drinking wine is not quite a thing. Actually we had a weekend trip to Ahrweiler some years ago. We had a wine tasting session in the evening, which ended in a party at that time. We were young those days…

Summer is a beautiful season here in Germany. It’s the season of the year when it doesn’t rain quite as often. Today, we had a hot day with up to something like 26 degrees. In the first half we were lucky, because we were mostly walking through a massive forest area and didn’t get quite as much sunlight.

Maybe because of the 9-euro ticket, there are really a lot of new people joining these days. Actually there were a lot more people at the beginning than on the photo above. I wonder what happened to the ones who left.

There was a tower in the middle of the forest – no idea why it was there, but as we could go to the top of the tower, we could see the surrounding area. It was apparently the highest point of the area. Not quite as impressive after the trip to the Pyrenees, but compared to the Düsseldorf area, it’s still a really nice area.

Most of the people stayed right at the tower to have a break. Since I had nothing to eat, I continued to the city of Bad Neuenahr to have lunch there.

Bad Neuenahr is one of the areas that were badly affected by the storm of last year. We could still see the damage in some streets, as some shops were still closed. We found a Chinese restaurant and had lunch there. In the meantime, the others who had lunch at the tower arrived and had ice cream nearby.

The second half was marked by the vineyards. We were directly disposed to the sunlight. The landscape was splendid, and people were constantly taking photos at the beginning. At some point, however, it started looking almost the same and I really wished I had chosen an area with a bit more trees.

There was apparently also an ice cream parlor near the Ahrweiler station, but with some other people I went to the city center of Ahrweiler (which is a beautiful one) and had an ice cream there. 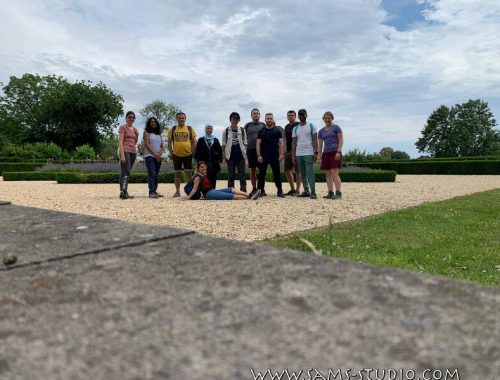 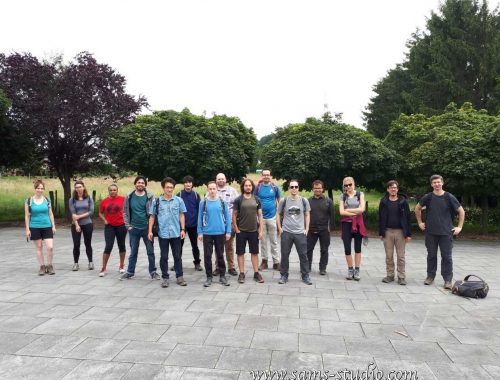 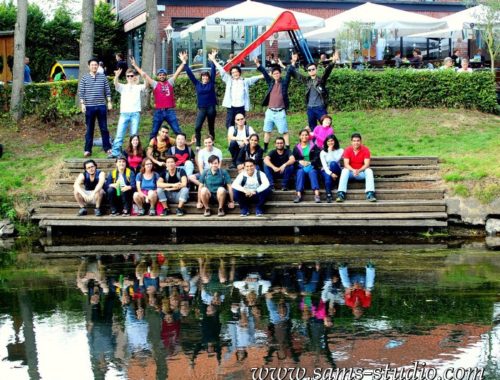