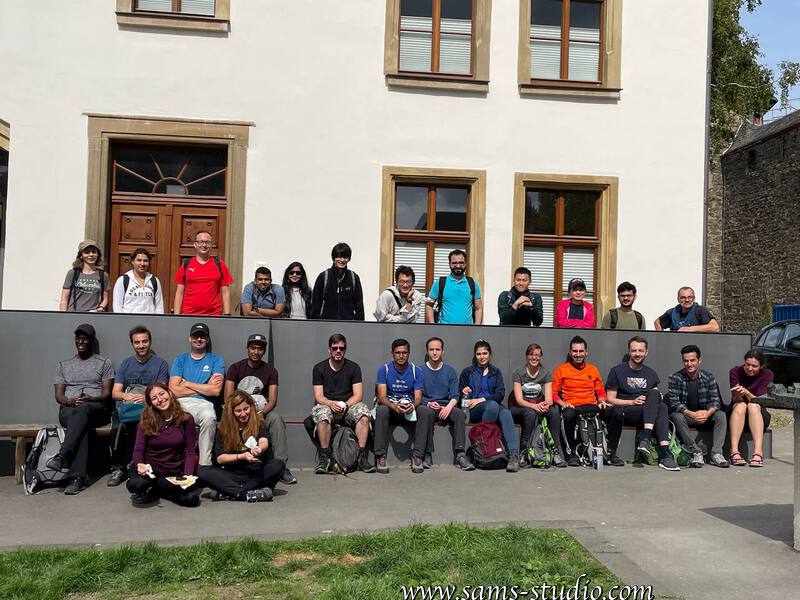 Over the two weeks that I didn’t organize a regular hike, the autumn apparently arrived, although it also never looked like the summer had arrived in August. Anyway it’s the best season of the year for a hike. And the great thing is also, I took a great trail for such a great weather, going from Güldenwerth to Schaberg. We actually visited this area for our 100th hike. In other words, it’s the kind of area that I’d choose for rather special hikes, even though today there was nothing particularly special about it :D.

Maybe because of this, or maybe because there’s now only one hike a week, there were quite a few people signing up for today’s session. Nice to see that things are going fairly well even without MeetUp or Couchsurfing.

There was just one problem in the planning: the train connection. There’s this line called S7, that goes from Solingen to Wuppertal, that always waits for the train coming from Düsseldorf at Solingen. The German railway app used to recognise this connection some years ago, but apparently they don’t do it anymore, so that we were shown the connection that was arriving half an hour later. I became aware of this problem when we were about to take the train, but then it was too late for those joining from elsewhere. So I made everyone coming from Düsseldorf start half an hour earlier and I waited for the others at Güldenwerth.

This trail going from Güldenwerth to Schaberg going over Schlossburg roughly follows the river Wupper. The surrounding area is mostly forest and in the last hikes in this area I found it a little bit boring. Today, as we stayed on the plateau at the beginning, we saw a bit different landscapes, like the field above.

As there were more than 30 people today, I had expected the first group to be fairly slow. As it turned out, Zaman apparently led the group so fast that the distance between the first group and us didn’t become smaller. We arrived at Schlossburg pretty much 30 min later than them. Luckily, Schlossburg is quite an interesting place, so making the break much longer didn’t pose a problem.

After Schlossburg, we went took a long path through a forest going towards Müngsten bridge. It wasn’t quite as warm as it often was in September, and we could not really swim below the bridge. But maybe in the end it was the right temperature to hang around. Well, it’s autumn. Let’s get easy going 🙂 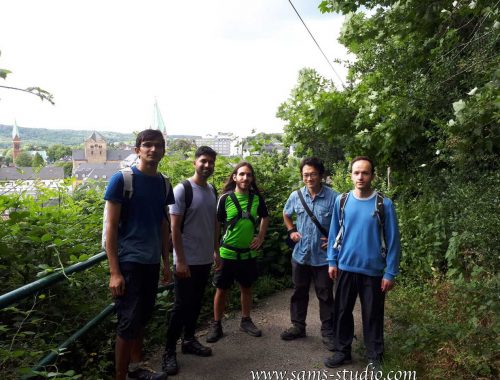 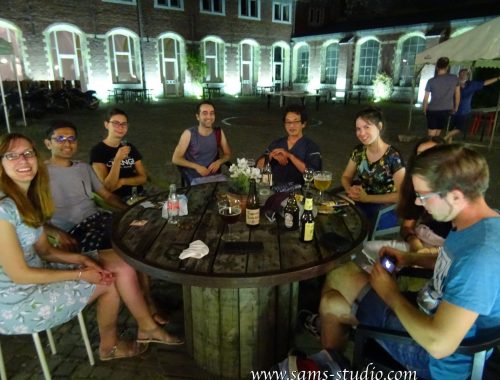 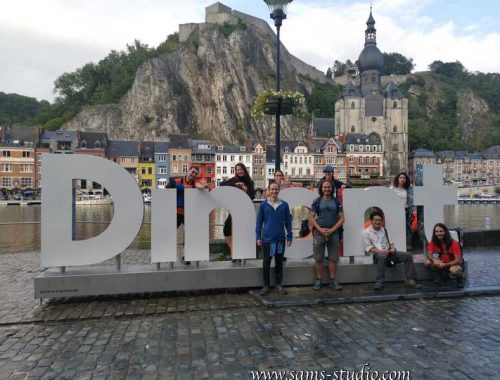