Just as every year, May has somehow quite some holidays, and we’ll have a couple of long weekends. This weekend was the first one, bridging to the labor day (although the labor day is Tuesday and somehow our institute is open on Monday). I didn’t expect a high turnout. I only started to realize I was wrong when I saw 60 people signing up for the event today. By the way, you might have noticed that today was Saturday. That’s because tomorrow I’m going to run a team marathon with my colleagues in Düsseldorf. It’s a fully charged weekend.

Dortmund is of course part of the Ruhr region. Despite having never been there, I had somehow a flat region in my mind, and industrial, of course. Right after we left Wittbräucke station, we went uphills, following a non-existing trail. Then it went down, and up again. It might have been good to bear in mind that we were hiking near the Ruhr river, which is somehow always a little bit hilly. Fortunately, I wasn’t the one leading the group; Cláudia, looking at the completely useless trail that I sent to everyone before the session, led the way towards whatever looked like what we should be following.

I listened to Conrad’s advice and included Syburg castle in today’s hike, which is the background of the group picture. After all it’s not a place that we can reach easily by train, so it was a precious opportunity to get there today. We had a great view over the Ruhr from there (although I don’t know how often we were having a view like that).

The trail got clearly less wild over time. Nice to see that south of Dortmund is so green though. We made a weird turn right before the break, which I planned intentionally because I couldn’t find any better place nearby. It was worth doing that as there was not only a restaurant, but also well maintained grass field. I had lunch there and joined some other people who went to the restaurant for a cup of coffee.

I guess the distance to the break spot was a bit too long for some people, as they seemed to be somewhat worried about what was still remaining. Fortunately, we had already done most of the distance for today anyway. Arriving at Dortmund, we directly crashed the street food and music festival. Everything was hopelessly expensive, but the atmosphere was quite nice. I guess we can combine it with the hikes in the future in other cities too. 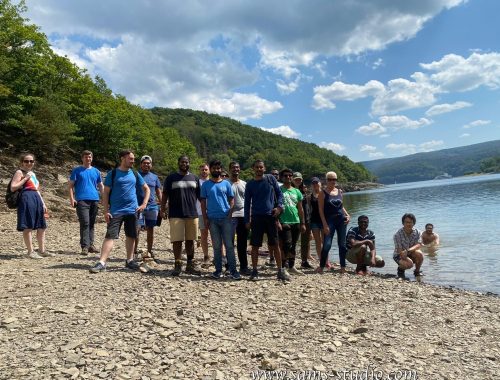 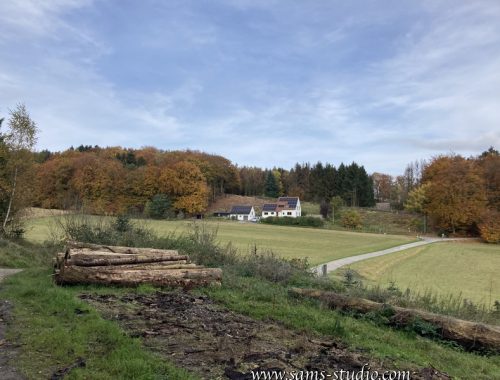 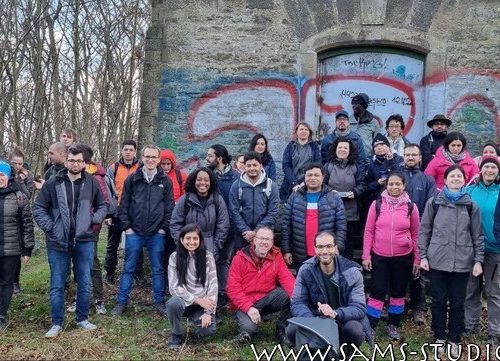 Hiking from Hagen to Wetter