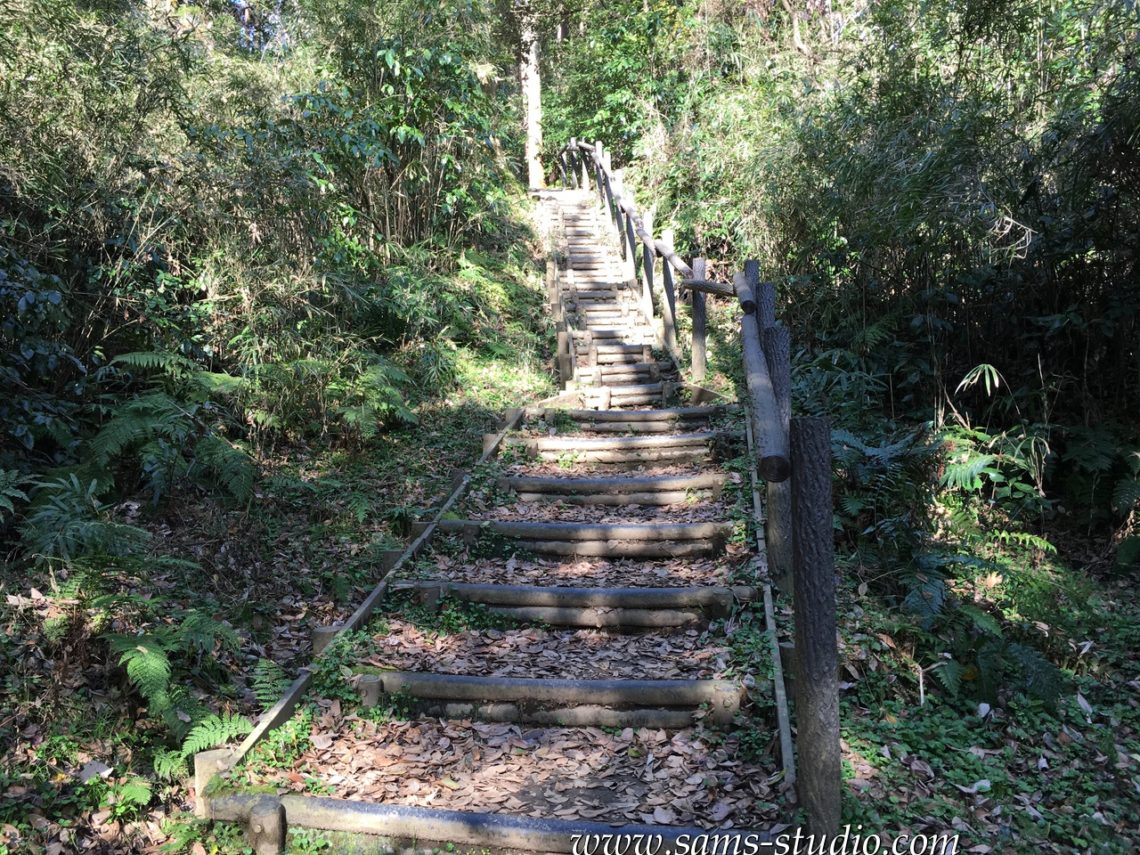 There’s this one country called Japan, where I actually come from. During my short stay there this winter over the Christmas vacation, I decided to take a look at the nature in this country, whatever that is.

You might be interested in knowing that nature is God in shintoism; starting from nearly all Japanese names related to something in the nature to often calling animals with the postfix -san, which roughly translates to Mr. or Ms., what surrounds us much more than mere neighbourhood. And so, in contrast to the Ruhr area, where I live, where the nature has been battered some time in history, which is quite visible today, the nature in Japan is outright wilderness. And that’s what maybe I should have known before I started planning hikes here. After having failed two times before today’s hike, I realised that I had to scale down my prediction and arrived at today’s hike from Kanazawabunko to Kanazawahakkei, which lies to the south from Tokyo, right next to Kamakura, although usually this area is still considered as a part of metropolitan Tokyo.

If you somehow manage to understand how the subway system in Tokyo works, you might somehow end up in Kanazawabunko, where I started off today. This place looked very much like it has never changed in the last 50 years or so.

It was quite difficult to find the starting point of the hike. You will certainly not find it if you don’t have GPS. As it turned out, what I did today was mostly an existing hiking path, so that I essentially had to walk along the signs. So, in this regard it wasn’t particularly complicated. This being said, I find it still quite surprising that it was still part of metropolitan Tokyo, and it was certainly not as easy as you might imagine.

There was a certain number of signs on the way, saying things like “beware of falling rocks” or simply “stop” (this one was written on a tree). I also saw “beware of bears” or “beware of forest fires”. How can I be careful enough to avoid these problems?

If you look at the map above, you might get the impression that this one is right in the middle of a residential area, but as you can see on the photos, mostly it didn’t feel that way. Every now and then, I could have a view over the nearby area, but then since the trail was on top of a hill, rather than being in the middle of a residential area, I got a nice view over the city of Yokohama (or at least part of it).

Since hiking itself is not quite a popular activity in Japan, but today I could see quite some people on the way. Apparently there’s something called “trail running” in Japan right now, where you essentially do the same kind of trail as in hiking, but do so by running. Well, they looked less like enjoying the nature and are quite serious, so you might want to pay attention to them whenever they arrive.

So the hiking trail ended at some point, and there was actually a possibility of going up to Kamakura, which was anyway closed because of a recent typhoon. This one destroyed a high number of hiking trails, which was also partially the reason why I couldn’t finish the one trail a few days back that I talked about above. Anyway, I took a different trail, which was not an established hiking trail anymore. Usually, this does not present any problem in Germany. Here in Japan, it does: I was essentially going through a jungle. The photo above by the way shows one large tree interrupting the path that I took. It might not look large but it was presumably something like 3m between the ground and the roof there.

You might be interested to know that there are snakes in Japan. These days, you cannot really find them if you are living in a residential area, and also not if you are walking a well frequented path in nature, but this time, as I was going through the forest, I was not perfectly sure whether I was still in safety.

Then I arrived in a cemetery, from the other side, that certainly was not meant to be an entrance to the cemetery. I was rather lucky that there was pretty much no one nearby.

I found a neat Japanese restaurant nearby. There was no other possibility of break on this trail, but since there are a few areas to rest, so I guess it makes more sense to bring something to eat yourself.

The last part going from this Japanese restaurant to Kanazawahakkei turned out to be the most adventurous part: it was essentially closed, which I basically ignored, and maybe I shouldn’t. The thing is, this one typhoon clearly left huge damage on this area. I wondered how windy it must have been in order for these trees to fall down. Quite obviously, the German saying “there’s no bad weather, there are only bad clothes” does not apply to Japan. If a typhoon is approaching, just don’t go outside.

I walked along a peaceful way back to Kanazawahakkei and took a train back home. This one seemingly super easy trail turned into a relatively complicated one, but then again it was quite satisfying. By the way, the KML data above does not lead to Kanazawahakkei (but to a different train station), but the last part anyway goes through a residential area, so you can change it just as you like. 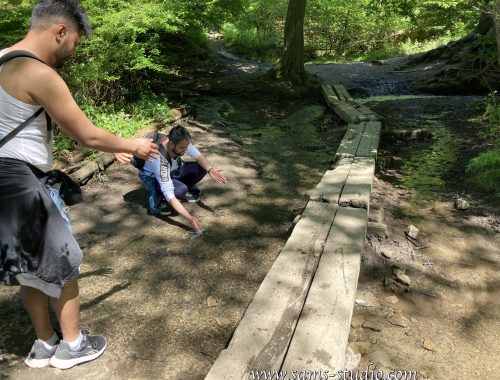 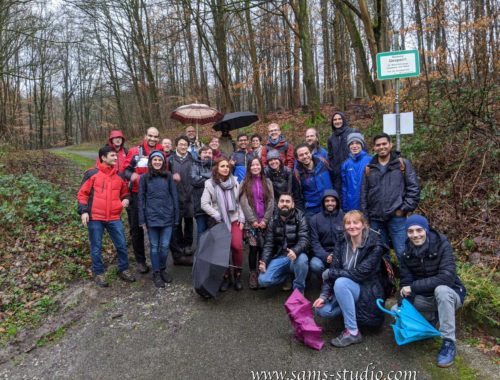 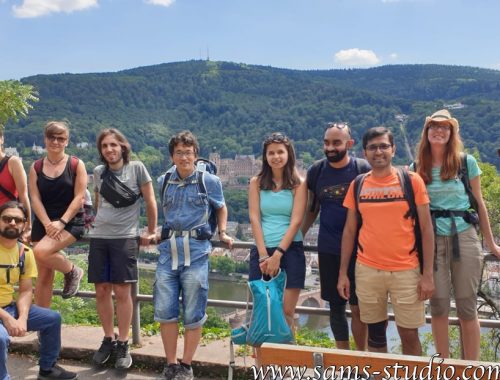