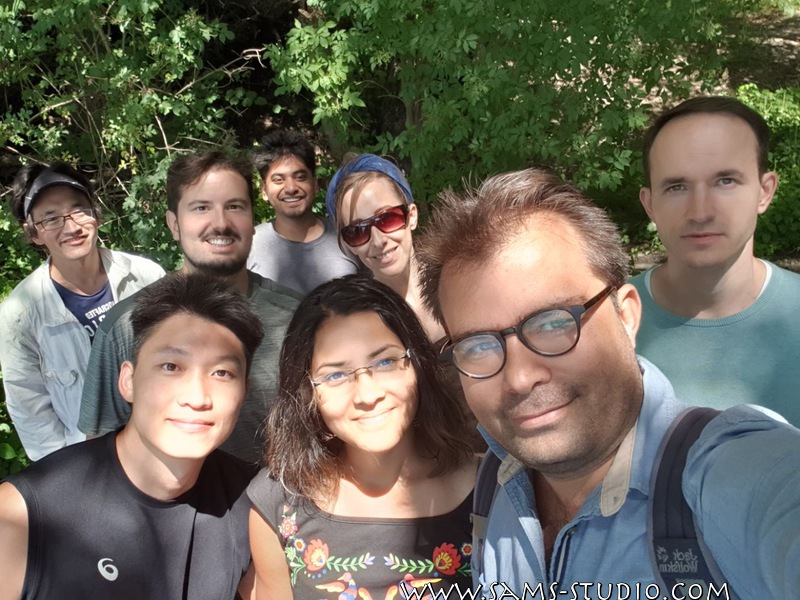 There have been a few occasions where I thought about going to the Möhnesee, which is a lake near the city of Soest, essentially somewhere behind Dortmund (seen from Düsseldorf). So far the main problem has been the fact that there was no train station nearby, so I have avoided it so far. Today, since I had a ticket myself and was not dependent on other people, I decided to organize a relatively long hike from Arnsberg to the Möhnesee and back.

As Komoot already called it Expert, I decided to call it expert hike as well. Maybe for this reason, there were only 8 people joining today.

We had to walk on the asphalt for quite some time at the beginning. The city of Arnsberg is not very large, but it is more like a city than other train stations where we usually start hiking.

It was another quite hot day today. Fortunately we could enter a forest right after we left the city of Arnsberg. I had this impression in the Sauerland the forests are totally dead, but here in this area, we were mostly surrounded by trees, which was such a perfect condition on a hot sunny day like today.

There were maybe a little bit of up and down, but it was almost nothing, at least compared to the long distance that we were doing. Compared to other places in the Sauerland like Hagen, the nature was also somehow quite tamed, so that we had to do no effort to go forward.

Right before we arrived the lake, there was a long stretch of asphalted road, where there were also a lot of e bikes (and you know how they behave…). It’s definitely not a kind of path you’d want to take, but at the same time there was no real other option there.

There was a restaurant before the lake, but no one seemed to want to go there, so we all went directly to the lake. I was not even sure if there was a good place for swimming. We were lucky enough to arrive at a small beach (?) when we reached the lake.

Obviously, the water was not like in Marseille, but still much better than elsewhere in NRW, like in the Rhine or the Ruhr. It was very warm at the surface, but with a little bit of mixing I could feel the cold water coming from below. What a nice feeling after having sweated.

Almost everyone went into water. We stayed in the same place for some time more, a nice shadowy place which would have been perfect for a nap, but since we were still going a long way I skipped the nap today.

We crossed the lake and went again into the forest. At the beginning I thought I could recognize the good old Sauerland after the 2018 drought – dead and barren, but it was only partly like this, and towards the end we were mostly walking in the forest. It was very weird to be in that forest, because it was mostly destroyed in the 2018 drought and elsewhere where it’s still massively green, like in the Eifel, the forest looks different. Anyway, as Bogdan put it today, it was a very pleasant trail with a nice lake.

While waiting for the train, I could have some nap. Then we went back to Dortmund to have dinner with everyone together. There was one guy, Sup, who joined from the West of the Netherlands. I wonder whether he went back home safely after the dinner. There was no ice cream at the end, but nevertheless it was a really good one today :). 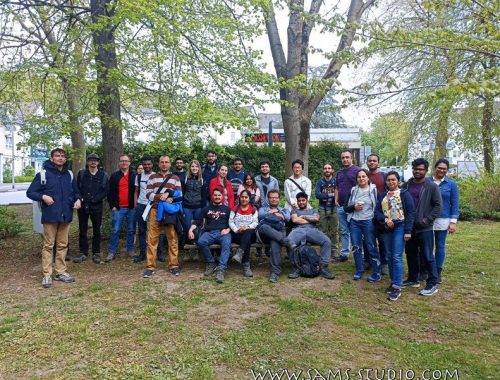 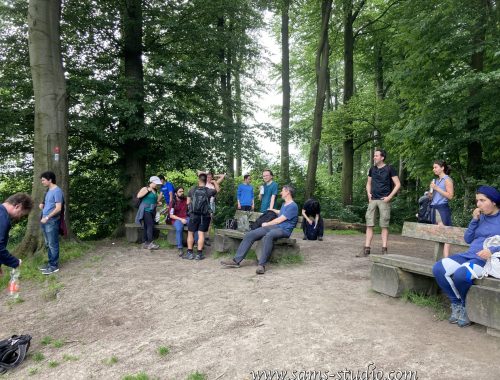 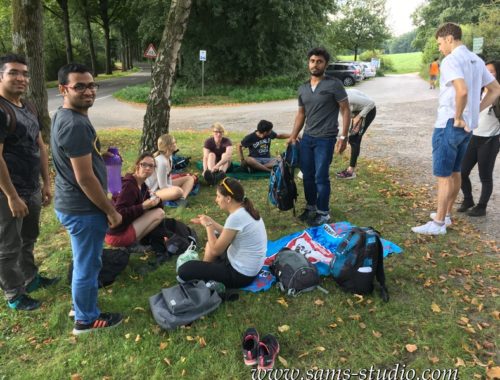