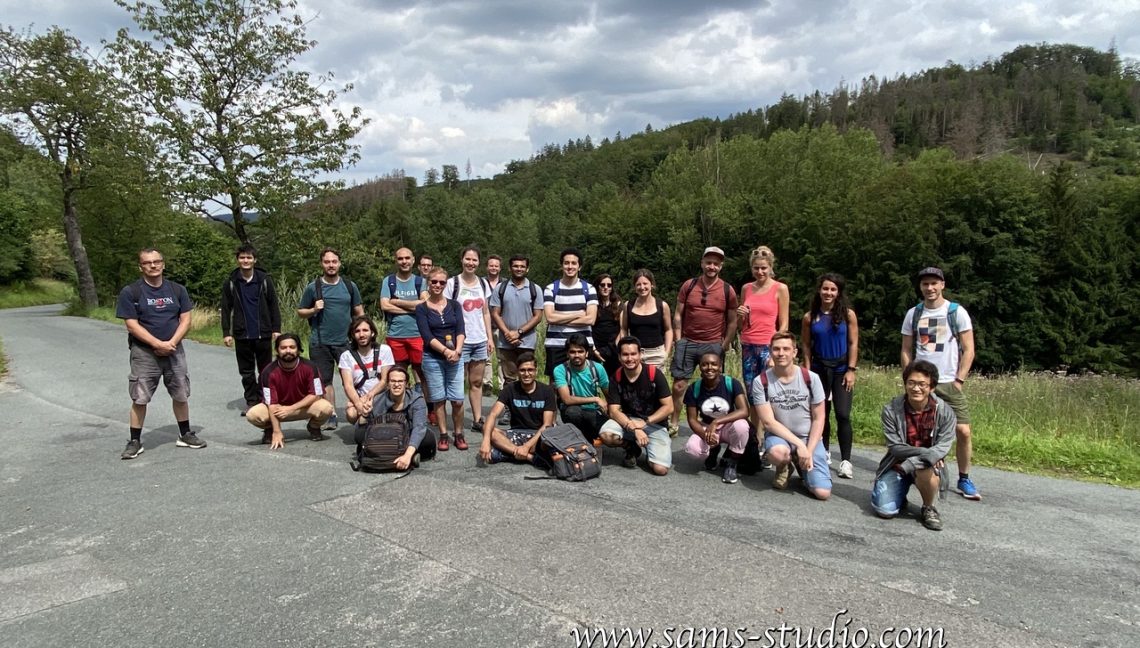 When VRR announced the summer promotion at the beginning of the summer holidays, essentially allowing us to travel everywhere inside NRW, I wasn’t sure how to take advantage of it the most. Now I understand that it was more or less our destiny that we end up swinging between the Eifel and Sauerland, because they are the two opposite extremities around Düsseldorf that we couldn’t visit very often because of the ticket limitation. Here’s an unrelated (to today’s report, but not completely unrelated) side note: I understood one more time that my favourite area is the Eifel, and not Sauerland, where we were today.

Well, this might have sounded like a quite pessimistic introduction, but I was still quite looking forward to the hike today (which, as you will see, wasn’t that bad), because it looked well maintained and there was a river, which is, however small, often a good sign because then there are usually nice viewpoints.

This morning, I was wondering how many people were really joining when I saw that nearly no one joined the WhatsApp group from outside until then. Then I saw nearly 30 people when we arrived in Iserlohn. This group is really unpredictable.

Zaman contacted me a few days ago, because he saw that the beginning looked really boring, going through the city center. That was a problem that I was aware of, but my laziness made me do essentially nothing about it. I was slightly sceptical about the change suggested by Zaman, but it turned out to be a quite good one. Right after we left the train station, we were already inside a huge forest. That was still a moment where everyone was together, and everyone followed the unnecessary adventure that we started in the front group.

Then there was a very long part where the path was indeed there, but there was just enough space for one person (even though the photo above is not quite as narrow…). I noticed it because we were playing virtual Mario Cart and it got really difficult to overtake other people. It was interesting to see that such a narrow path never ceased for such a long distance.

I was not really sure if the restaurant Forsthaus Löhen was open. It was. And there was a nice place to picnic right next to it. Despite the supersonic hiking speed today (orchestrated by people playing virtual Mario Cart), no one was really far behind. The ones who joined today for the first time must have thought we are really professional.

After the break, even though we were walking on a steep mountain side, there was very little height difference. We could see the forest on the other mountains nearby. I have to say, one of the problems in Sauerland is that there are so many bare lands where they must have cut trees fairly recently. I really think they have to do something about it to make this place more attractive.

After the hike, we stayed in a café in Iserlohn, because we reached the station only a few minutes after 3 and it was simply too early to go back home. How’s it possible that we were so fast today? Anyway, it was a nice café with nice German cakes. Among all the senior people surrounding us, we were clearly conspicuous, but it was still a nice experience as well :). 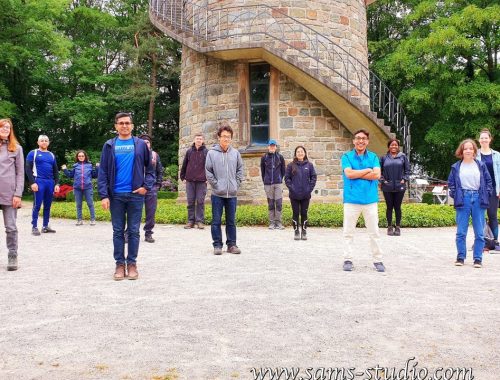 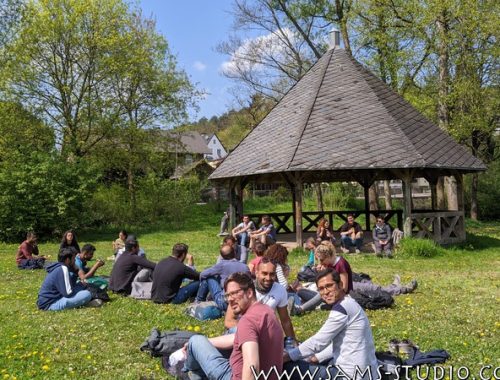 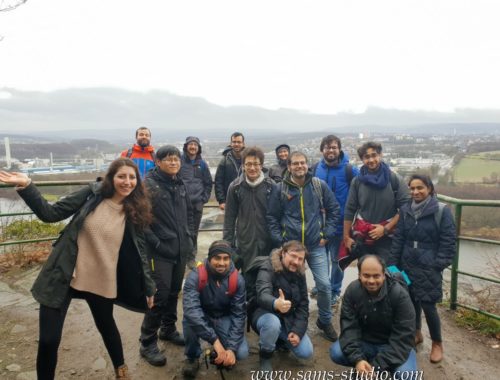