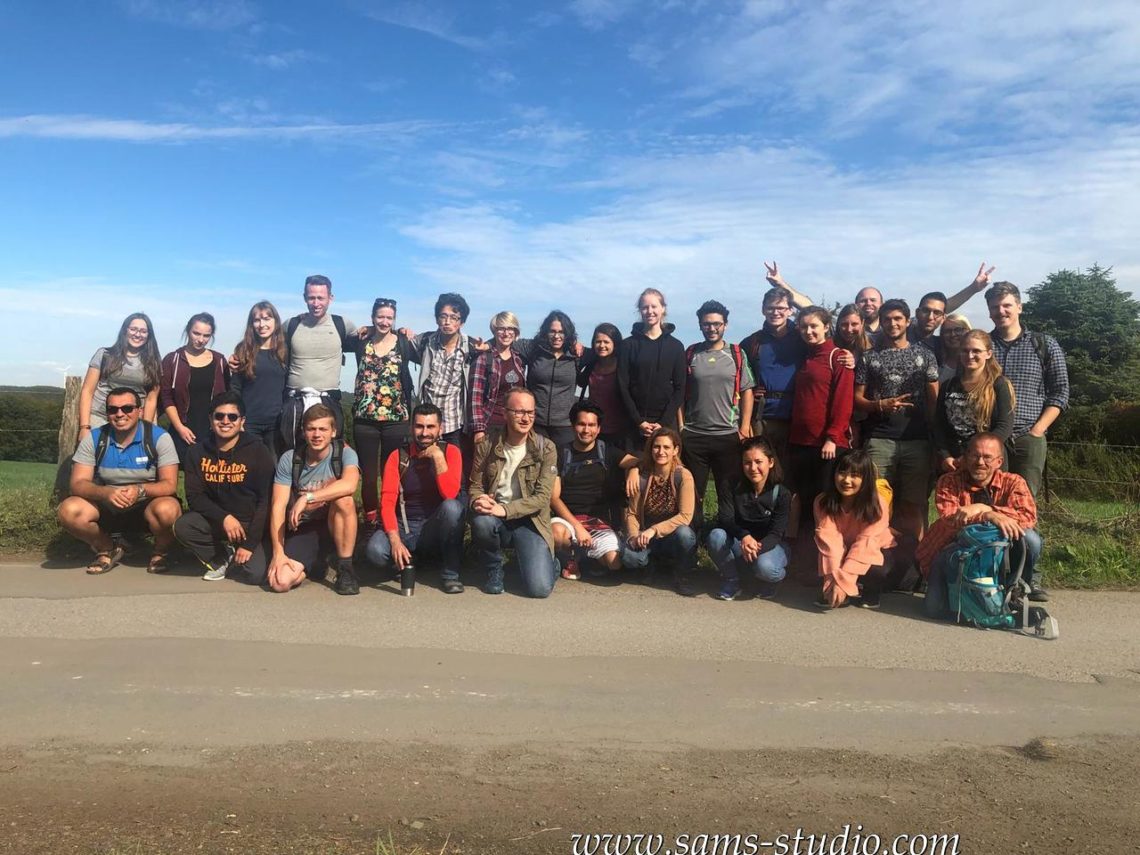 Thank God summer is over!

You might be thinking I said it sarcastically. Well, even ignoring the fact that I’m anyway not a big fan of summer, I cannot describe how much we suffered this summer. And today was particularly a day that demonstrated how nice autumn is. Exactly the right temperature, with exactly the right amount of clouds, I might have completely ignored the joy of being outside if I hadn’t been out for today’s hike. And I’m certainly not the only one thinking this way.

And I must say I’m proud of myself for having chosen today’s hike correctly. Namely, we went to Hagen, probably the most exciting region inside VRR for hikers. I was kind of surprised that there were only about 30 people today. This might have been caused by the fact that there were quite some people who declared their absence ceremonially in the WhatsApp group today. I still don’t know what is the purpose of those who declare their absence on WhatsApp, but I happened to read an article on BBC this week, which says you should say something before leaving the group. This is extremely wrong in our case. The main reason of this is because the WhatsApp conversations become usually overfilled, which simply cannot be avoided because of the geographical distribution of the participants and the unpredictable nature of the German railway. So in the effort of reducing the number of comments, I ask the people to simply leave the group. But at the same time, probably the comments saying they are not coming make the impression that there are only those who won’t come, especially because it’s normal that you see only comments that say they aren’t coming because there’s no reason for those who are coming to say in the WhatsApp group they are coming.

Anyway, even though I arrived at the station in time this morning, I went to the DB lounge and joined the group only a few minutes before the departure of our train. And this brought an unexpected consequence: there weren’t enough tickets and we didn’t know how many tickets we had to buy (NB for those who don’t know the system: a monthly card holder can take another person for free on weekends in this area). Quickly we counted the number of people on the spot. There were three missing. The train ticket for Hagen costs about 15 € per person for the normal fare. Now it’s been a few weeks that the VRR app doesn’t let us buy tickets online, so we were trying to figure out which ticket to buy with this stupid vending machine. There were also group tickets and day tickets etc. While checking for the train ticket, some people with tickets arrived. And in the meantime, I also found out it was possible to buy tickets with the DB app, so we hurried to the platform. With Markus waiting at the platform, we thought we had enough tickets, but there was still one missing. We anyway took the train, and counted the number of tickets again, still one missing. But there was one person having a job ticket, which is valid inside the Düsseldorf region, but not for Hagen. For this kind of ticket, there’s something called “Zusatzticket” (additional ticket), which extends its validity, and this one is WAY cheaper than the normal ticket from Düsseldorf to Hagen. I just had to buy this one, but I didn’t know how to do it with the DB app. In this moment, I saw an inspector entering the train. And I didn’t want to take the risk of paying the penalty of 60 € plus possibly a criminal record, so I bought the normal ticket from Düsseldorf to Hagen, for 15 €. A few minutes later, I found out how to buy a Zusatzticket with the DB app, even before the inspector started controlling the tickets. And this guy even didn’t really care who was going with which ticket. Why did I buy this ticket at the first place. Well, at least there was this train that we took, which is already a huge improvement to last week. And it was also punctual.

Rummenohl. We were there for the third time today. This train station has a crossing right next to it, which is not even automatic. There are two control men who put a rope instead of a bar over the street whenever there’s a train coming. When the train goes, they remove the ropes. This is Rummenohl. It didn’t take even minutes to leave the human civilization.

Just as we were climbing up the hill, we could have a great view over the valley. This is the great thing about the region near Hagen. It’s not only hilly, but it is always on a “cliff” so that one side is always open.

The total distance was only 13 km today, but we couldn’t walk much more when we had a break in the middle. There was this one place, Haus Becker, which I discovered when I was hovering over this region on open street maps. At first I didn’t really understand what it was. Then I saw their website, which didn’t really explain whether it was a restaurant or a pension. So I called them a few days ago to ask this question. They were saying it would be open today. And it was, but the great thing is, it is closed for two weeks from tomorrow. So perfectly organized today.

In front of this restaurant, there was this perfect beautiful grass field. We all had lunch there and then I went to the restaurant for a cup of coffee. It was almost like a wonder that there was this restaurant in this place, in the middle of nowhere. I still don’t know what kind of people usually come there, but it couldn’t have been situated better for us anyway.

A few minutes after we left this place after the break, there was a site which must have been a forest before. Actually today, we saw a few bare sites where the trees were freshly cut. I don’t know if they are planning to do something, but these places were not particularly beautiful. I might have preferred wilderness there.

I had written something about Hohenlimburg castle, which was indeed there, but closed to visitors. There we finished our hike. Afterwards, we stopped at Hagen and had a beer. Most of the people must have gone back home directly. It was indeed a powerful hike today. I was myself not sure if I still wanted to stay for a beer.

But I must say, this was maybe the best hike so far this year. Partly it’s because of the trail itself, but probably also because of the season. In a few weeks we’ll certainly see horrible weather season, but until then, we can enjoy the greatest period of time. I’m really looking forward to the future sessions. 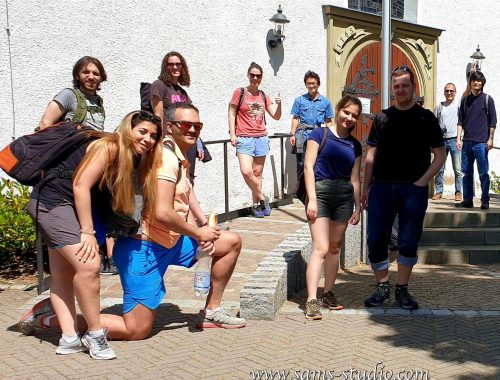 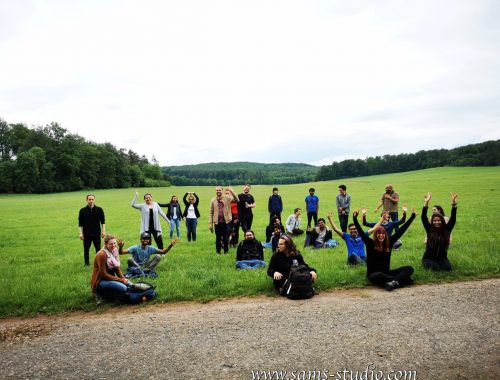 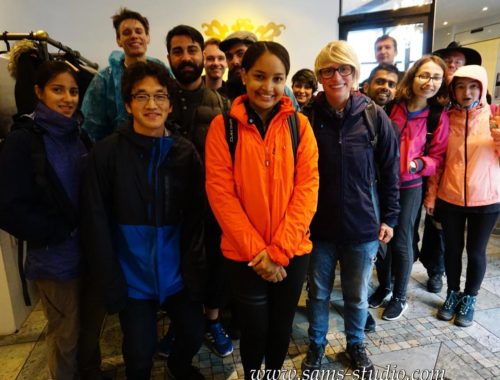