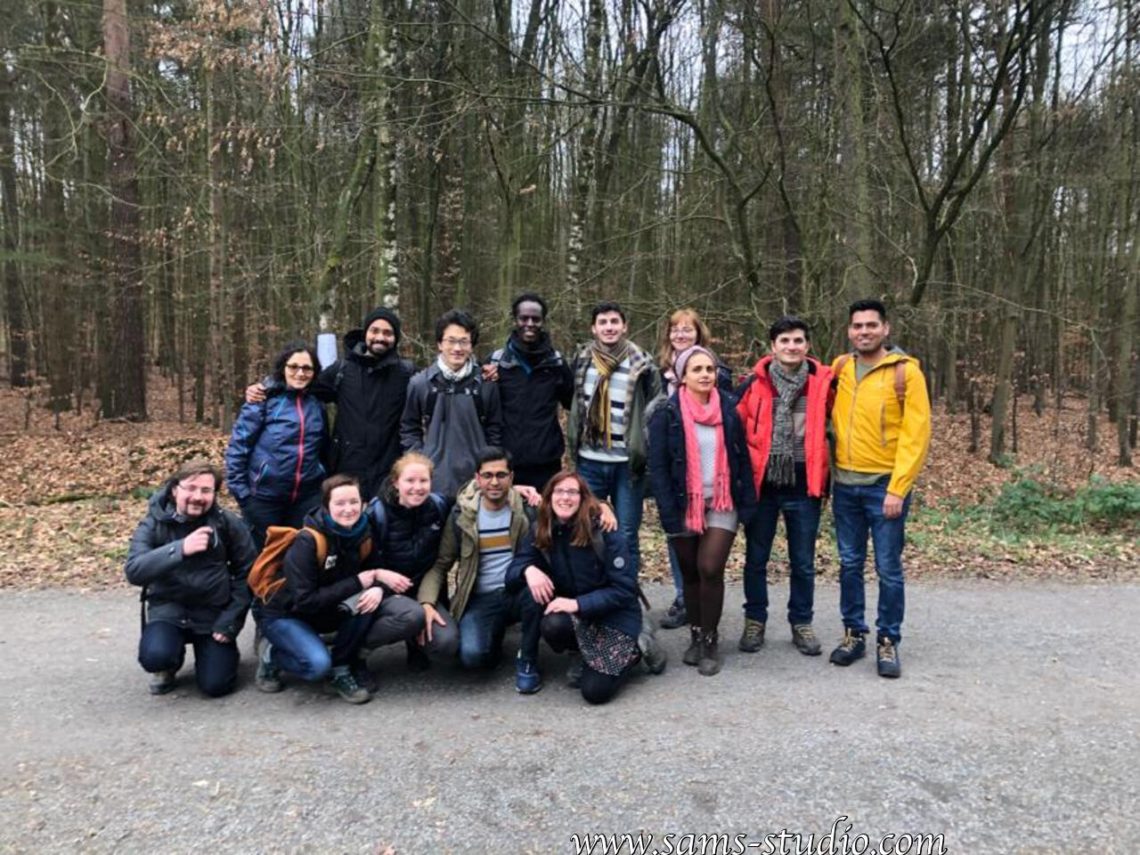 Here in Germany, wind energy is a big deal. It’s only partially true that the Germans want to live eco-friendly. More importantly, the wind energy is an option here, because there’s no typhoon, hurricane or whatsoever, at least historically. Maybe due to global warming, there are sporadically hurricanes these years. And today, exactly today, there was one hitting Germany. To be more precise, the German meteorological service had issued a warning valid from 4pm, which was actually rather irrelevant, but still it had some effect on the number of people I presume.

At the same time, the fact that I left Couchsurfing was clearly there. Even though the event was also on FB, there was essentially no one who joined us for the first time. The horrible thing about FB is that you see myriads of events so that you cannot keep track of what you’d possibly be interested in. Compared to this, CS was somewhat easier for me, since there was essentially only one outstanding event, which was mine. And so the question of whether joining the event or not forcibly had to pop up to their mind, regardless of whether they had thought about it beforehand. Well, anyway while I didn’t have to buy a ticket, there were some people who were obliged to. We were lucky because we were only going to the outskirts of Düsseldorf, so that it didn’t hurt much to buy a ticket.

This trail was conceived as a one going from Angermund to Schlenk. But then somehow I messed up with the train station and started from Schlenk. Only when we arrived I realised that we were going other way around. I guess I could have avoided this error if I had downloaded the trail beforehand.

Well, going other way around was not particularly wrong. We were anyway only going through the forest separating Düsseldorf and Duisburg. This is a really nice area in summer for cycling, since it is right next to Düsseldorf, it’s flat and you don’t get too much sunlight. Today, just as much as the other winter hikes, we were going through a rather dull area with a lot of trees.

This being said, the wind was bringing the first scent of the spring. Yes, it was somewhat warm today, but there was something more than that attached to it. Well, let’s see how things evolve in the coming weeks.

Since it was super short before the break, we decided to go to this usual tower at the 6 lakes. I found it exciting when I was it the first time. Today, it was super exciting because it was extremely windy. I had to be careful not to lose my phone on top of the tower.

We had a break right in front of the tower, although some people went to a nearby restaurant (there’s only one restaurant in that area, called Seeblick). Then we went further, with essentially the same view all the time. Even though we were in the nature, the well planted trees might not have been the most interesting thing to see. Well, I guess still we can be happy to have a nice walk on a Sunday.

Unfortunately, there was no café or anything at Angermund. We took a train right away back home. Around 2 hours later, all the train service was cancelled, so it was probably a good idea to go back home in that moment. 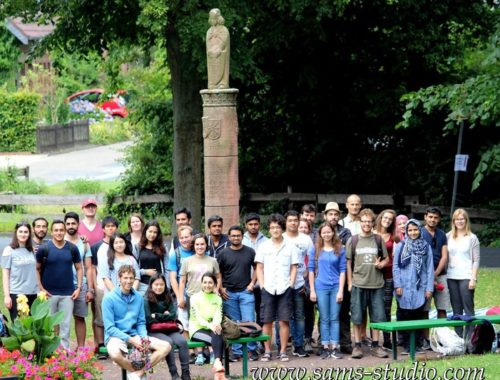 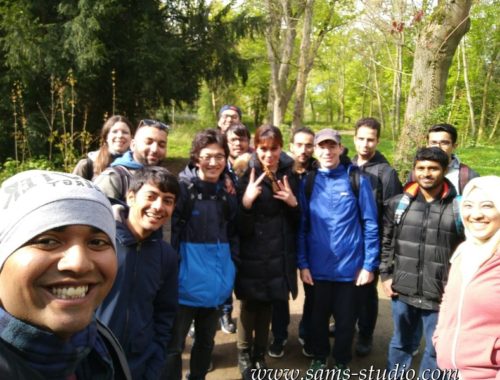 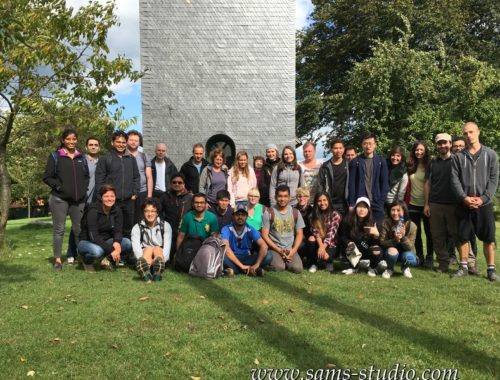