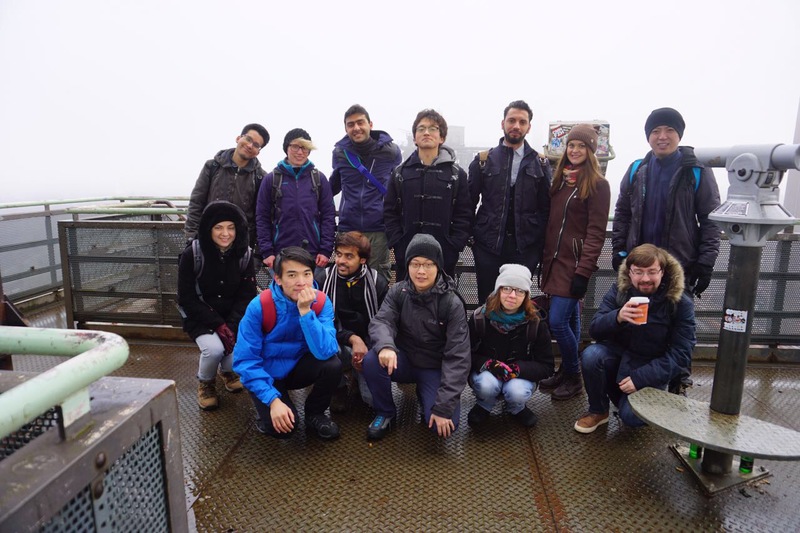 Indeed, last week’s hike was extremely complicated, but it doesn’t mean that that was a typical hike of winter. At least today’s hike, which went to Bochum, saw finally a relatively good weather, even if we did not see the sun. But I guess as long as it doesn’t rain, we should not complain in winter here in Germany.

Today’s hike was conceived in the way that it is not greatly dependent on the weather. A hike from Duisburg to Oberhausen, going through the Landscape Park of Duisburg, once an industrial complex and now a famous open air museum. In fact, for the first time I did not call it a “hike”, but just “walk” instead, just to be loyal to the concept of today’s activity.

Even though I was aware of potential complications myself with the relatively complex train journey that I planned, I didn’t think that the train connection simply disappears from the schedule. Nevertheless it did. Always so wonderful with the German railway.

So we changed the plan very quickly and went directly to the landscape park (in this sense, the track above is actually wrong). Fortunately, Tonya lives in Duisburg and knew the place quite well. Essentially I simply followed her in the park.

As you probably already know, the Ruhr region was the main industrial area of Germany throughout the 20th century (and probably before as well). It’s pretty nice that they kept the facilities there and made them open to everyone. We went up the structure to the top, even though we could not see much from there due to mist. Why not, at least it was not raining.

The landscape park is worth walking through once, but you will probably not need an entire day. In this sense, it was perfect that this was the just the beginning of our walk today. We then went towards Oberhausen along the small channel. We had lunch at Lirich-Nord, where we split up in two groups, one of them going to a kebab shop and we went to a nearby Chinese restaurant. Since there were people who also brought something to eat, we asked the owner if it was okay to eat our own stuff or not. After all, we avoided German restaurants, because it’s for sure impossible there.

It even sounded like she didn’t really understand the question. Anyway, she said yes. Well, seeing the number of things already ordered there, it’s simply too stupid to refuse it from the very pragmatic point of view.

The rest of the walk went simply along the channel. In contrast to the Ruhr river or the Rhine, it looked like we were going through an unexplored place of this industrial region. The trail was very quiet until we arrived at Oberhausen, our destination with a Christmas market. Actually I was at the Christmas market of Düsseldorf yesterday, which was fully packed with tourists. It was barely possible to move forward there, which I thought would be different at Oberhausen.

Some how we managed to buy Glühwein, traditional German mulled wine which literally means “glowing-wine”. And somehow we managed to crawl behind the huts, which turned out to be completely empty.

The return journey turned out to be stormy as well, especially when we had to take a bus going from Oberhausen to Duisburg. So much for the Christmas markets this year. And I must say, I know what I’m not going to do from next year on. 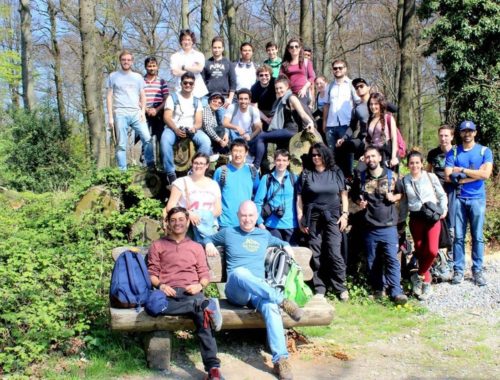 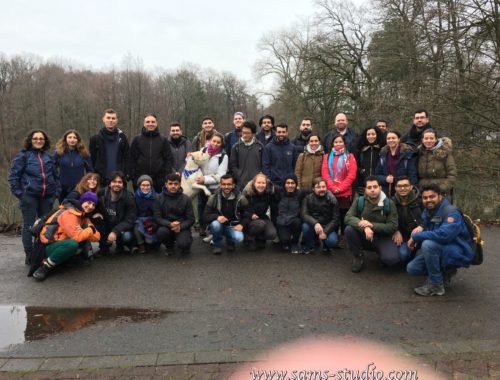 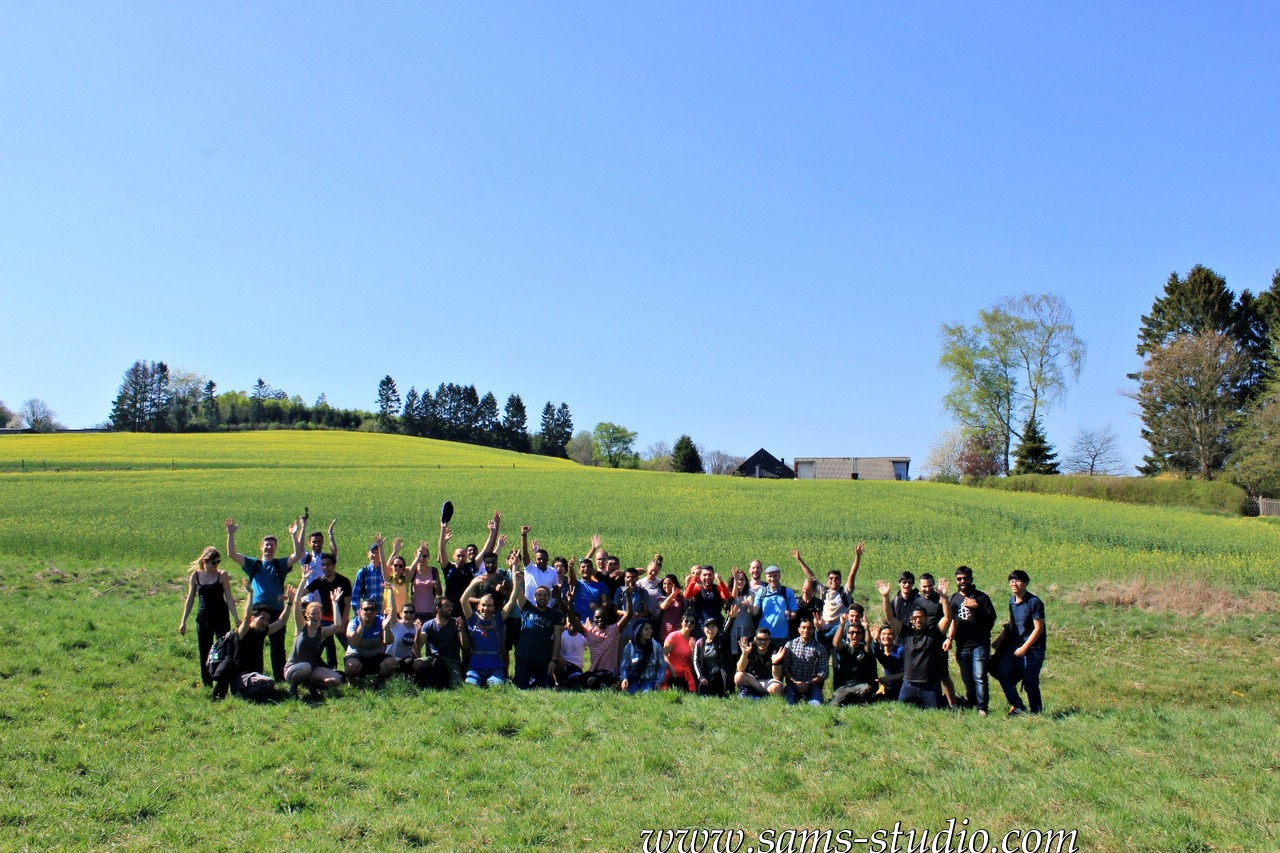