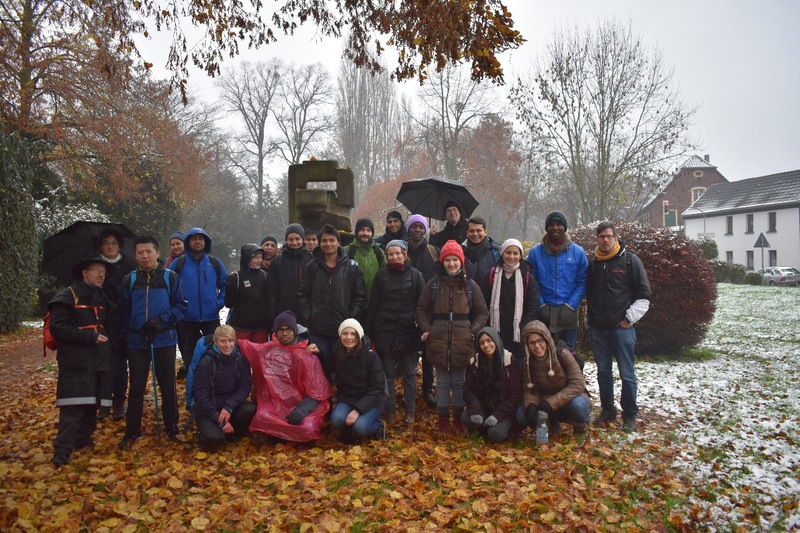 It’s been some time that it’s fairly cold here in the Ruhr region. According to one of my colleagues, it’s going to be quite cold this year. Right now, it is not so easy to find a place, where we can have a break on the way. I contacted one restaurant on the way near Hagen to ask if they would also accept people bringing their own food (whereas I guess they would also order drinks, and also many would anyway order something to eat). They gave me a clear NO. Actually, I was not quite aware, but the waiters at the restaurant of last week complained as well, even though the place was empty. That’s the problem of Germany. Whether they would eventually make more profit or not, they wouldn’t be flexible. Probably I’m not going to negotiate anymore.

This time, I wasn’t sure whether to do a hike from Dormagen to Benrath or not. Some time ago, I decided to organize a “special” hike one a month, which would have been the Benrath castle, a UNESCO world heritage. On the other hand, the first week of December is still like November, i.e. the weather probably wouldn’t be good. In the end, I decided to organize a different hike, from Grevenbroich to Mönchengladbach, which is near Dormagen, because there was a Christmas market on the way. However, a couple of days after I organized it, I found out that the Christmas market was not for free (never heard of such a Christmas market). As people had already started signing up for the event, I didn’t want to change the plan drastically, which made me decide for Dormagen-Benrath.

And as I feared, the weather was simply horrible. Actually the weather forecast was always right this time. For this reason, I didn’t really understand why there were still so many people who signed up for the event on CS, why there were so many who joined the WhatsApp group and why so many really came with us. There were nearly 30 people.

In fact, it was not even raining. It was snowing. As I looked out of the window this morning, I could see that “our” garden was completely white. Not quite surprisingly, the scenery was characterized by the snow.

Actually day before yesterday, I bought my first pair of hiking shoes, at Amazon. I’m not particularly proud of myself buying such an important stuff at Amazon, but the very thought of having to go to a specialized shop and spend so much time wondering which shoes to buy made me so sick that I ended up going to the website of Amazon and taking the very first hit. I didn’t like the colour, but it was rather cheap. Today, with my new shoes, I appeared in my duffel coat and jeans with an umbrella. Except for the shoes, I clearly did not look like a person who was about to go hiking.

In contrast to rain, the snow fortunately doesn’t make the path so muddy, which saved us in the trail at the beginning which could have been quite muddy.

The plan was to have a break at Zons before we cross the Rhine by boat. Of course it was not the weather for a picnic, we decided to split up. The meeting point beeing right next to the port, I wanted to sit at the café there that I saw a couple of weeks ago. Strangely, I could not find the place on my map, but on Google maps it was still there. It’s difficult to say whether Google maps is better or Open street maps, but since I saw it just some time ago, we decided to go there. As it turned out, the place obviously went broke. And in this weather, where the snow in the mean time turned into rain, we had to go back quite a distance to get into a restaurant, although other people who found a place quickly did not need quite as much time. In the end, we (who decided to go to the café near the port) made everyone wait for 15 to 30 minutes. Those who joined us for the first time hopefully did not think that this happens every time…

According to the weather forecast, it would be better and better in the afternoon. This was not quite the case today. Actually because of the snow turning into rain, it was even worse. The UNESCO garden of Benrath castle looked like a horror labyrinth.

The castle itself was much smaller than we expected. If you imagine something like the Versaille castle, you’re unfortunately very wrong. Anyway, the reason that we went to the castle was rather the Christmas market there, and not the castle itself. At the hikes in the coming weeks, we’ll probably always visit a local Christmas market, because they are actually everywhere, even though in other countries probably only those in Nürnberg or Stuttgart are famous. I’m not a big fan of Christmas, but a cup of hot wine at the Christmas market in Germany is something quite special, especially when it’s cold out there. 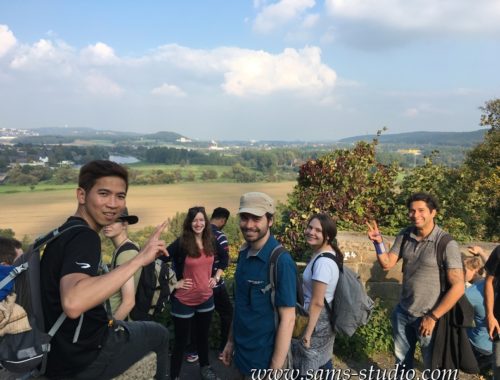 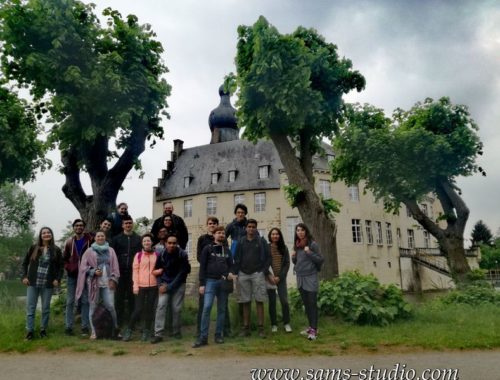 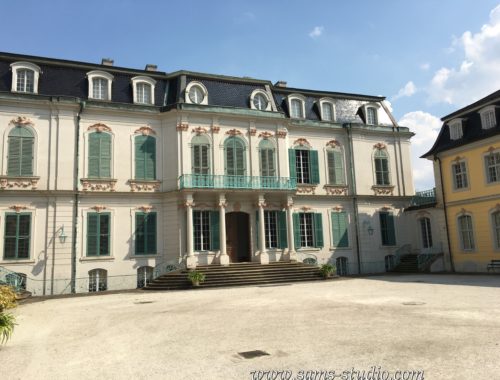