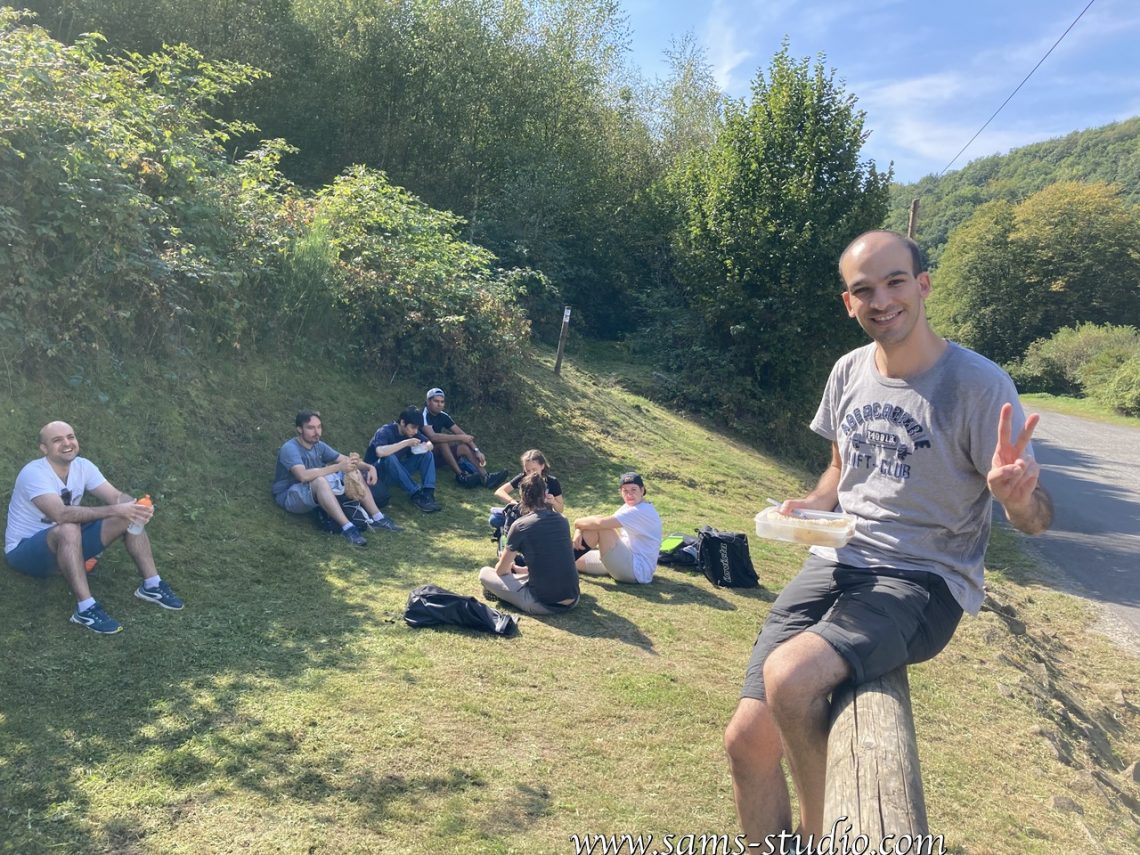 So far, we walked twice along Siegsteig. Both of them were good enough to make me continue our journey towards Siegen. And frankly no idea why I took a section that lies in the middle of Siegsteig. But anyway that’s what I did, and that’s where we went today.

Compared to yesterday’s hike, there were way less people joining today. I don’t know whether it’s related to the fact that there are simply less people living in the VRS area, or more to the historical aspect of this group that we started in the VRR area. But anyway in order to make sure that I can always get a ticket, I should try to invite more people from the VRS area.

It’s great that along this railway line connecting Cologne and Siegen, the cities are so small that it takes only a few minutes to leave civilisation. As soon as we left the train station, it looked like we were in the middle of nowhere.

But then it’s accordingly quite complicated to go up a hill. After the beautiful (?) river that you can see on the photo above, we were directly climbing up a hill. This was the story of the day…

Compared to other areas of Bergisches Land, where we often see barren landscapes, this area looked more untouched. But still the track was not quite as challenging as I had feared (this being said, it was challenging enough).

I thought the summer was entirely gone, but apparently it’s coming back this week. Today we got a really good weather, and next week will see temperatures climbing up above 30 degrees. Not bad.

There was an area for paragliding. We really wanted to see the guy fly, but there was no good wind. Pity after we waited at least 15 min.

The wilderness was wild, but not quite as wild in Sauerland. That’s also a somewhat nicer feature of Bergisches Land. I mean, I don’t really mind walking in the real wilderness – I just can’t dare organise a really complicated one on a platform like MeetUp…

We had a break in a place where there was a restaurant (can’t remember the name). There was a nice grass area there, but the restaurant was run by an old lady, who was hopelessly overwhelmed by the number of people there. Quite obviously the people sitting in the restaurant were looking at us judgementally. Well, this kind of stuff sometimes happens…

I thought the area was entirely natural, but as I saw, there were some regularities with the trees, which you can maybe recognize on the photo above.

There was an ice cream parlour in Schladern, where we finished the hike, and just only one. It wasn’t particularly good, but it marked a good ending :).

Hiking from Lennep to Bornefeld 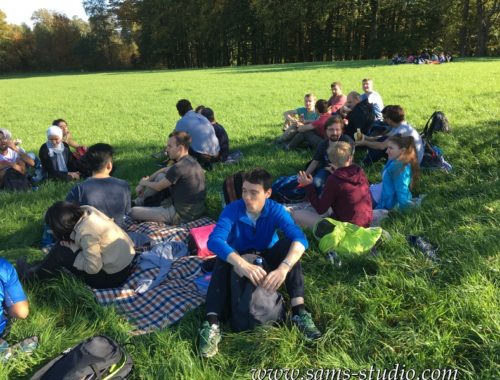 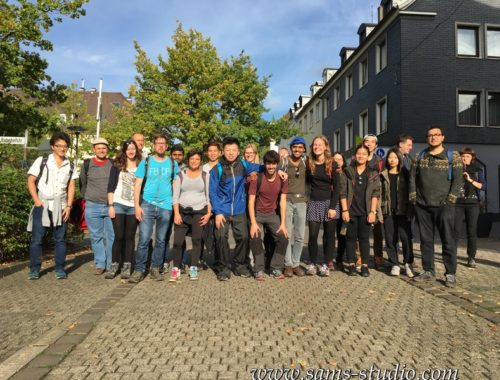 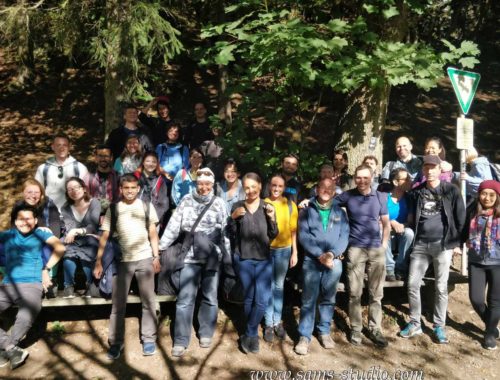