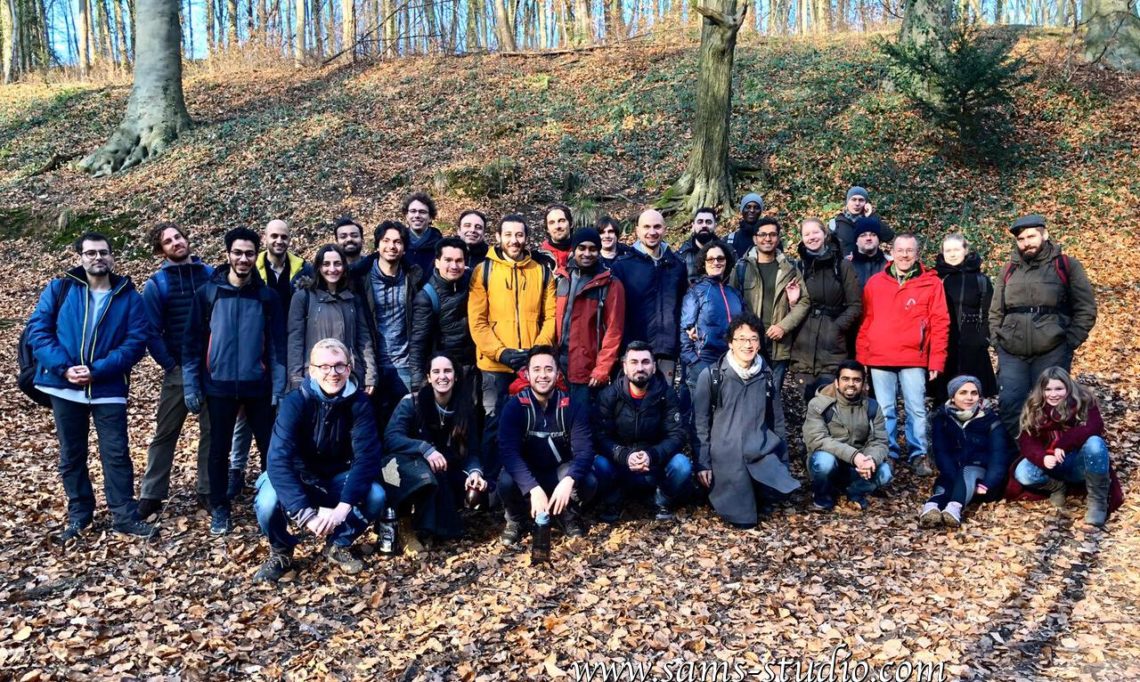 We’ve already been to Solingen several times, mainly to go towards the Müngsten bridge. Except for that area, it is actually extremely rare to visit Solingen, since you can hardly find a train station and hardly find anywhere to hike, except for this one valley, which looks strikingly weird, as it looks like it really divides the city area. Well, since it exists, why not exploit it? Especially in winter, we can maybe appreciate this relatively risk free path.

Speaking of winter, I’m not really sure if it ever arrived in Düsseldorf this year. It became cold last week a little bit, but then today staying outside was perfectly fine. Global warming? Maybe. Hopefully it won’t hit us back in summer.

When I created the event a few weeks ago, I didn’t think much about the train schedule. Today, we somehow had to wait at Solingen Hbf for nearly 40 min, even though in my memory, there was a connecting train going from Solingen Hbf to Wuppertal Oberbarmen waiting for the one coming from Düsseldorf. Today, there was indeed a train waiting for ours, but I was not really sure if that was going to the right direction. As it turned out, it was. The train connection was essentially exactly the same, it’s just the Deutsche Bahn app apparently did not show this connection, thinking 6 min is not enough to guarantee a changeover. Well, since it was a connecting train, they most likely would have anyway waited for us. Whatever.

While waiting for the train, we went to a nearby bakery of Solingen. There’s this one particular bakery right in front of the train station that I used to visit when I first arrived in Düsseldorf. It’s still there and still so peaceful, that they would probably not have thought that they’d see 30 foreigners crashing their place all of a sudden.

As I stated above, today’s hike looks very much like a city hike if you look at the trail for example with google earth. There was actually a huge trick here: we were indeed in the middle of a residential area, but since we were in a valley, it was hardly possible to see civilisation from where we were. So, even though just across the cliff, there were only houses, it gave us this great impression of walking in a forest.

Today finally we got a day where it was sunny and the weather forecast was indeed saying it would be sunny. And so, we could see that it had some effect on the number of participants today.

Despite my initial concerns, there was no dangerous road today at all. We every now and then had to go along or cross streets, but then there were so few cars out there that it really didn’t matter. This is a great thing about Solingen.

We had a break somewhere on the way. In this warm weather it was perfectly fine to stay outside to picnic. I didn’t take my picnic blanket today, thinking the break would be very short. It was indeed not particularly long, but it might have made sense as well to bring one today.

If you look at today’s map, there is a clear side trip on the way. This was because otherwise the hike would have been way too short. But even with this it was fairly short today. Anyway, we got back to Grünewald around 4 pm and went back to the same café as in the morning. When we entered the café, there was not enough space, but then as always, we were somehow pushing the locals out of the café. Well, sorry, we actually don’t really intend to do so, though. 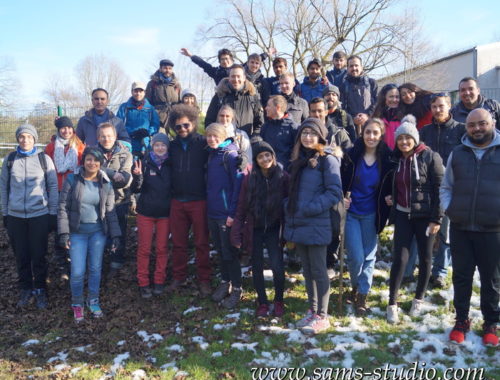 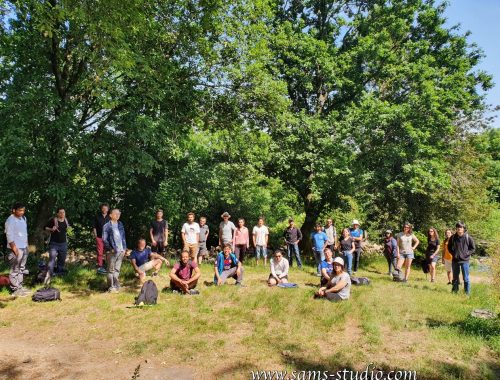 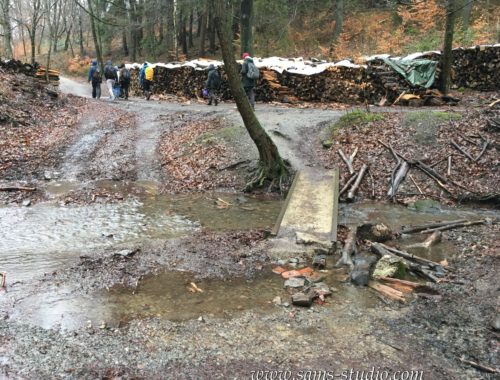