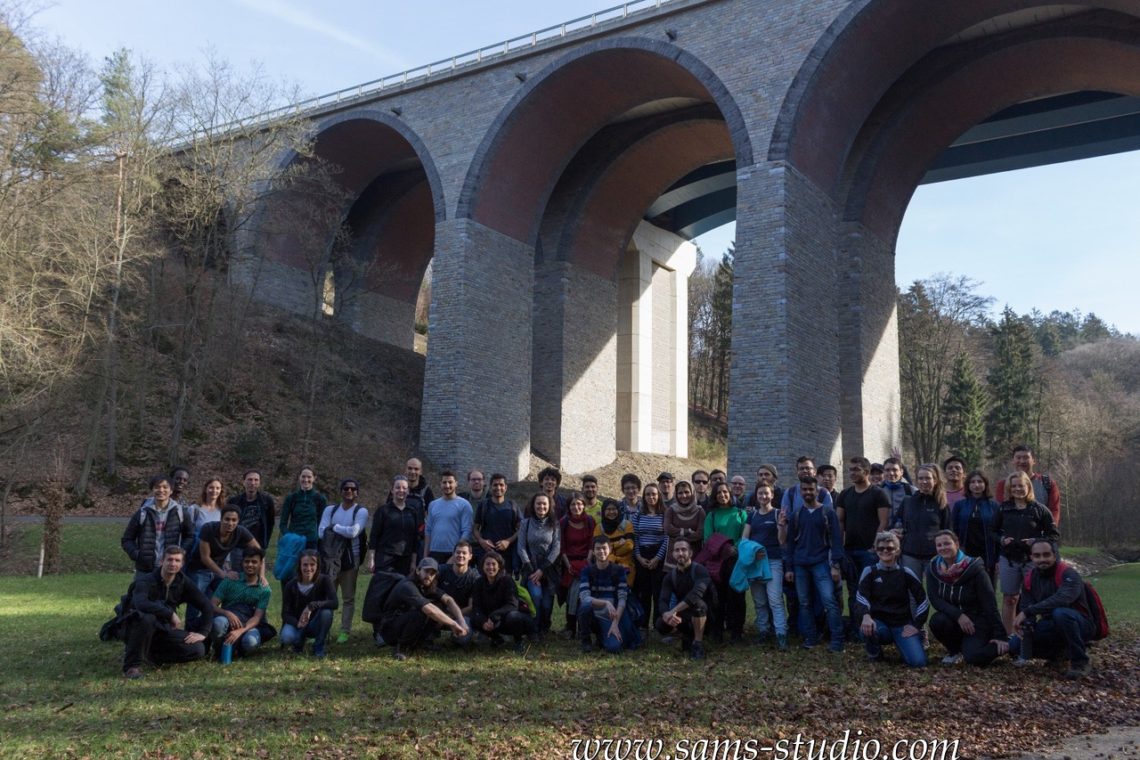 Today, it looked like winter was over all of a sudden. We were probably fortunate to have a good weather today, because this area, Remscheid, is a relatively wild area. Even though it’s not quite comparable with Hagen, it is still the hilliest area in the neighbourhood of Düsseldorf.

There’s this one railway line, S7, which goes from Solingen to Wuppertal. If there’s one railway line that’s going to be suspended in the neighbourhood of Düsseldorf, I’m pretty sure that this one comes into question. Except for the central station of Remscheid, all the train stations look like they weren’t meant to be train stations. One good thing is of course that we can also enjoy the nature from the train windows. In particular, there’s this bridge called Müngsten bridge, which is the highest railway bridge in Germany, over which the train went today. It certainly was one highlight today, although the height of 107m quite visibly did not impress many people. I guess the notion of “the highest” led to excessive expectations.

Today’s starting point, Remscheid Güldenweth, was just as lifeless as other stations along this line, but the upside of this is of course the direct access to the nature. 1 min after we left the train station, we were going down a hill in the middle of a forest. The trees are still quite bare, and so despite the great weather my photos are not perfect, but walking down this trail was a delightful moment today.

With the number of participants exceeding 60, it was not quite surprising that we were almost never together at any moment. And accordingly, there are quite a few people missing on the group photo above. Fortunately the trail was not that complicated, or rather, it sufficed to try to go towards Wermelskirchen, which was the city in which we had a break today.

We had a break in front of a church in Wermelskirchen. The local Caritas allowed us to use their toilets. For the first time this year, I had an ice cream during the break today. Yes, the weather was that good today.

Remscheid being a rather small city, we could enjoy hiking till the end today. And it was apparently big enough to have an ice cream parlour which more than 30 people could crash without driving out all the locals inside. 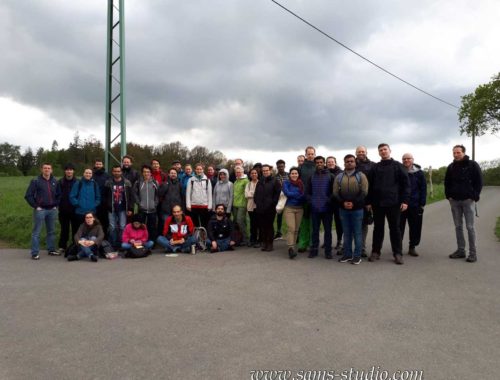 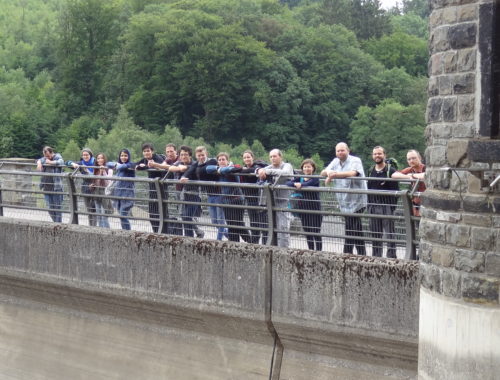 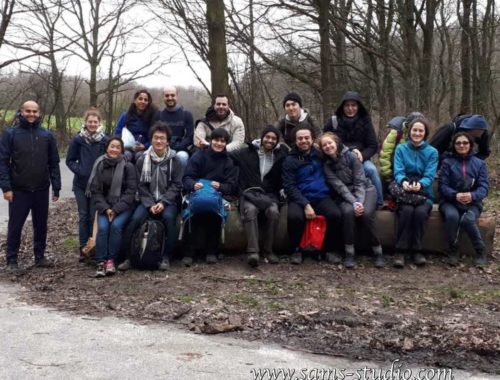